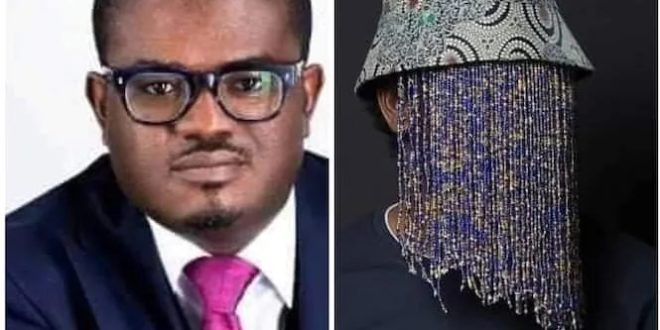 Former Minister of State at the Finance Ministry, Charles Adu-Boahen, has stated that Anas Aremeyaw Anas and his Tiger Eye P.I., targeted him and others in 2018, essentially to entrap them.

In a statement following the release of excerpts of the exposé, Mr. Adu Boahen noted; “It has come to my attention that a documentary to be aired by Tiger Eye PI, and an article published in the Crusading Guide of today (14 November 2022) seeks to accuse me of brokering deals for the Vice President of the Republic.

“This follows an attempt to entrap myself and other persons in 2018. Substantively, I have not been involved in this act of which I am being accused”.

Mr. Adu Boahen’s statement went on to state that; “I do not however wish to be a distraction to Government and the Ministry of Finance at this crucial moment.

“Consequently, I have submitted my resignation to the President of the Republic. I will however look forward to a full investigation which I hope will reveal that I have not committed this act”, the statement ended.

However, the President after speaking to his Minister of State, at the Ministry of Finance, decided to terminate Mr. Adu Boahen’s appointment with immediate effect, referring the case to the Office of Special Prosecutor to investigate.

Asaase News has gathered that the Tiger Eye P.I. exposé was filmed in Dubai on 8 February 2018 and the lead investigator in the recording was the late Ahmed Hussein-Suale, a Ghanaian investigative journalist who was shot and killed on 16th January 2019.

The Tiger P.I. investigators, according to our sources who are familiar with the over four-year story, first used a contact at the Ministry of Finance, a principal economics officer, who proceeded to set up the meetings.

Assuming the identity of a known Islamic bank in Bahrain, the undercover investigators pretended they were interested in setting up a bank in Ghana with US$500 million stated capital.

The services of one of the leading law firms in Ghana were engaged to facilitate this half a billion-dollar investment. know.

They requested to meet with officials of the Finance Ministry in Dubai to discuss their investment ambition. This was proving impossible so had to be timed to coincide with scheduled travels.

Subsequently, the Ghanaian lawyer and Charles Adu-Boahen, who was then the deputy minister for finance, met with the undercover team posing as investors in a hotel suite in Dubai on 8 February, 2018, just 13 months in office for the Akufo-Addo administration.

Our information is that, apart from other instances of alleged conflict of interest, the investigative piece to be premiered on 14 November 2022, is predominantly centred on this encounter of 8 February 2018.

After the meeting with Charles Adu Boahen, Tiger Eye, was not satisfied and wanted to trap the bigger fish, Finance Minister, Ken Ofori-Atta.

They were to have their chance, they thought, when after several attempts Mr. Ofori-Atta agreed to meet them at the airport in Dubai on transit to Tokyo, Japan.

In the company of his then Personal Assistant (PA), Michael Bediako, Mr. Ofori-Atta met the supposed investors (investigators) at the Dubai terminal hotel (Dubai International Airport) on 5 April 2018 at around 6:30am.

Mr. Ofori-Atta was informed the meeting was with the Chairman of Al Baraka Islamic Bank of Bahrain, whose interest was to invest $500m to set up an “ethical” bank in Ghana.

The meeting, per our checks, lasted some five minutes. Ken Ofori-Atta left very irritated when he was offered a “gift”, which he refused to accept, and walked out with his PA who was also offered a gift that was rejected as well.

It remains to be seen if this episode will feature in Monday’s premier.

Previous World Population Hits 8 Billion As Growth Poses More Challenges For The Planet
Next Recycle Up! Ghana Teams Up With Ejisu Municipal Assembly To Clean Up Ejisu.