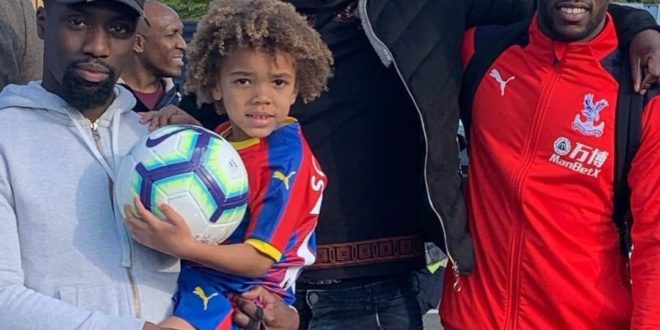 Representative of Crystal Palace midfielder Jeffrey Schlupp has hit out the leadership of the Ghana Football Association over the exclusion of his client from the final squad for the 2022 FIFA World Cup in Qatar.

Schlupp, who has had an amazing season in the English Premier League with Crystal Palace, has been omitted from the Black Stars’ 26-man squad list for the upcoming World Cup.

Schlupp was named in the 55-man provisional list which was released by the Ghana Football Association (GFA) on Friday, November 2, but looks certain to be dropped from the final squad for the biggest tournament in football.

From Jeffrey Schlupp’s Camp to the GFA

He has further issued a warning to the Ghana Football Association not to ever call his phone to discuss a possible future call up for the 29-year-old versatile player.

Schlupp is the fourth player who has been axed from the Black Stars final squad list for the 2022 World Cup after Joseph Paintsil, Majeed Ashimeru and Felix Afena-Gyan

The confirmed final squad will leave for Abu Dhabi, UAE for a pre World Cup training tour where they will face Switzerland in their last friendly to get themselves adequately prepared and gelled for the World Cup.

Ghana in Group H, will face 2016 European champions Portugal in their opening fixture of the 2022 FIFA World Cup on November 24, at the Stadium 974 in the capital, Doha

The man has insulted my granny for free…

From Jeffrey Schlupp’s Camp to the GFA. 😮‍💨 pic.twitter.com/ZFHFrNKAm6

Otto Addo and the GFA is a big scam. Jeffrey Schlupp has played 13 matches this season and is not going to the FIFA World Cup? pic.twitter.com/6BJdOMttSH

It’s not a matter of luck. The GFA is so corrupt. As a matter of fact, they are bunch of imbeciles who fancy to pickup players based on affiliation. https://t.co/GBMfmTIuWn

There is no point in fighting for or defending the Black Stars anywhere, cos whatever you do, there are always superiors hands at the Gfa to manipulate every little thing, including call ups.
Absolutely shameful.

Anas must investigate player call up at the various national teams. it seems to be a very lucrative job for people at the GFA. coss baba rahman , manaf, fatawu ? please please please tweakae

Previous COVID-19: 2,185,712 Persons Still Expected To Complete Their Vaccination In The Ashanti Region.
Next Lawyers For Anas Reacts To Testifying Without Mask ‘Ruling’