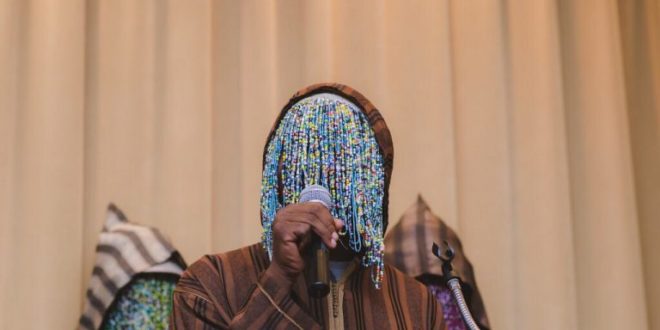 The Supreme Court of Ghana has ordered investigative journalist Anas Aremeyaw Anas to appear in court to testify in the case against former President of the Ghana Football Association (GFA) for his documentary titled ‘Number 12’ which uncovered rots in Ghana football, without being accorded any special privilege.

A five-member panel of the Supreme Court presided over by Justice Paul Baffoe-Bonnie has ordered Anas Aremeyaw Anas to appear in open court without his usual face mask to face Kwesi Nyantakyi.

The Ace investigative journalist in his documentary #Number 12 which exposed some rots in Ghana Football also led to the then GFA president Kwasi Nyantakyi, losing his position and subsequently banned by FIFA.

Nyantakyi has also been arraigned together with one other for charges including fraud by agents but they have both pleaded not guilty and are currently standing trial.

During the course of the Case Management Conference, the Criminal Division of the Accra High Court presided over by Justice Elfreda Dankyi ordered that Anas, who would be giving evidence in the matter for the prosecution, testifies in camera.

Unhappy with the orders of the High Court for Anas to testify incamera, Lawyers of Kwasi Nyantakyi on May 29, 2022, filed an application for Certiorari at the Supreme Court to quash the decision of the High Court.

The apex court on Tuesday, November 8, 2022, quashed the ruling of the High Court and ordered Anas to appear in court unmasked.

According to EIB Network’s Legal Affairs Correspondent Murtala Inusah, the High Court has fixed November 28, 2022, for the trial to commence but the latest decision of the Supreme Court will count.