Breaking News
Home / Politics / NPP Communicator Blasts Freddie Blay : Your Comment On LGBTQ+ Is A Figment Of Your Imagination 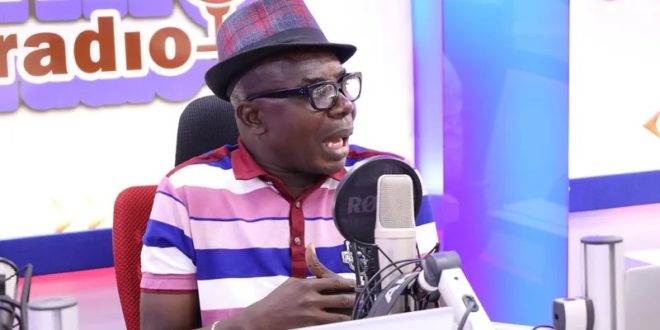 NPP Communicator Blasts Freddie Blay : Your Comment On LGBTQ+ Is A Figment Of Your Imagination

A communications member of the New patriotic Party (NPP), Ishmeal Adams, has descended on the outgoing National Chairman of the party Freddie Blay saying his comment on the activities of LGBTQ+  is solely his opinion and not that of the party.

His comment comes after Freddie Blay said on Asaase Radio that lesbians and gays should be allowed to enjoy themselves.

Speaking on the issue he said ‘’our culture frowns on gays and lesbianism. The outgoing chairman of the party’s comment was solely his opinion-it has nothing to do with the party. I do not expect such a comment from a man who is 70 years plus. LGBTQ is distasteful, we must criminalize it’’.

He added that giving gays and lesbians their freedom will invite evil spirits and they will end up making our livelihood worse.

He further added ,’’everyone has right but that right has limitations. When the law grabs you it will deal with you. LGBT will extinct human beings”.

He revealed that official statements of the party are only made by the Secretary, and added that anything outside the voice and signature of the secretary is not issued by the NPP.

Although Freddie’s Blay’s comment is strictly his opinion, people are associating it to the party.

Previous My Sympathies To President Mahama In 2025
Next Kofi Ameyaw: Stephen Ntim Has A Good Relationship With Akufo-Addo; Dismiss Anything Otherwise