Breaking News
Home / Politics / My Sympathies To President Mahama In 2025 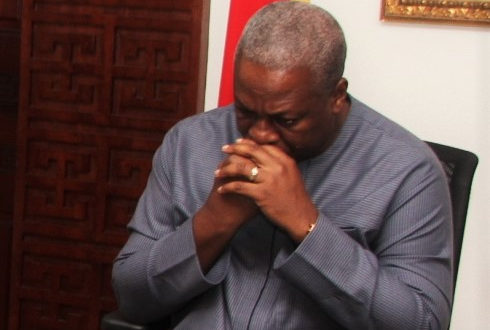 My Sympathies To President Mahama In 2025

Let me be the first to extend my sympathies to John Dramani Mahama, as he gets ready to take the oath of office, as the 6th president of the Fourth Republic.

I am reading the mood of the country, I can with every certainty that, Ghanaians are tired and want a change and no other person to rescue them from the clueless and corrupt government led by Nana Addo Dankwa Akufo-Addo, than John Mahama.

Under this reign of Babel, whatever situation Ghanaians find themselves in, keeps getting worse by the day.

2024, is a make-or-mar year for Ghana and Ghanaians. Citizens seek change. Things have to change. The current socio-economic tailspin must be arrested. But we have to be pragmatic with our expectations. Good things do not come easy.

A country, which was on the path of prosperity, when power changed hands between the National Democratic Congress and the New Patriotic Party in 2017, has taken a turn for the worse. The country, instead of moving forward, had taken ten steps backwards.

Today, you can hardly turn the pages of newspapers, or tune into the radio, without reading or hearing of one scandal or another.

It is said that, to whom much is given, much is expected. The government of Nana Addo Dankwa Akufo-Addo, has been given so much, yet there is nothing to show for it.

Let us retrace our steps, for the first time in the history of this country, a sitting president lost to an opposition leader by a little over 900,000 votes, that was an overwhelming verdict and confidence reposed in a man, who we were told has travelled across the length and breathe of this country in three consecutive elections and so has a deep understanding of the needs of the people.

Even those who used to openly defend him, now have to take cover because, the government keeps undoing itself, as far as scandals are concerned.

President Akufo-Addo, has abandoned all the legacy projects he inherited from the previous administration and has started some of his own. Looking at the snail pace and lack of proper planning of some of the projects, he is likely going to bequeath to President John Dramani Mahama. What this means is that, he will have to complete the ones he started and then complete that of Akufo-Addo, before thinking of initiating new ones. My hope and prayer is that, Ghanaians will have patience for him.

The way this government about some things, typical example is the manner in which the construction of the National Cathedral, has been handled, the John Mahama administration, is going to be saddle with a lot of judgment debts.

They is a saying among our people that, if you do not have anything for your in-laws, you do not settle from them, this government has nothing for Ghanaians, and not only are there stealing from us, but calling us all fools.

Unlike President John Mahama, Akufo-Addo is not a visionary leader. A visionary sees the clarity of a reality beyond accepted norms. Visionaries are more than seers or prophets who tend to see and proclaim their perception of a vision. They pursue the vision by engaging in the process of bringing it to fruition.

I believe the type of leader Ghana needs at this scary and strange time of her history, is Johh Dramani Mahama.

John Mahama is a visionary pragmatist. This is a leader who combines vision with action. An old Japanese proverb reminds us that “Vision without action is a daydream. Action without vision is a nightmare.” John Mahama in four years as president proved that he was not only a visionary, but also took actions to make his visions a reality.

See also  Mahama To Ofori-Atta: Repatriate $100m Oil Money Back Into The PHF Without Delay

Mahama is a visionary. He is a pragmatist. Akufo-Addo, is a leech and a taker. He destroys everything he touches. Our education is now wobbly and urgent action is needed to resuscitate it, if the children of today are to hope for a better future.

A critical concern today is insecurity, vigilantism, breakdown of discipline in the security services, especially the Ghana Police.

The galloping debt that is not seeing any end now, as the penchant to borrow gives increasing. The number of teeming youth, who are looking for jobs, is ever-increasing, because the policies of this government are killing businesses. The taxes are too many and unreasonable. Inflation is in the double digits, pushing the price of food stuff, beyond the reach of the ordinary Ghanaian.

The situation, we find ourselves in as a country, needs drastic and decisive measures. Akufo-Addo and his men, have shown that, they do not have what it takes to navigate around the problems, they themselves have created. They have been foisting poison, instead of antidote.

The task ahead is humongous and Ghana desperately needs the right people in government to get the right fixes.

My sympathies go to President John Dramani Mahama. But my hope for Ghana is rekindled knowing Mahama, will be on the ballot in 2024.

Previous Ghanaians Are Suffering; Mr. President, Where Are Your Men? – Patriotic Front Movement
Next NPP Communicator Blasts Freddie Blay : Your Comment On LGBTQ+ Is A Figment Of Your Imagination