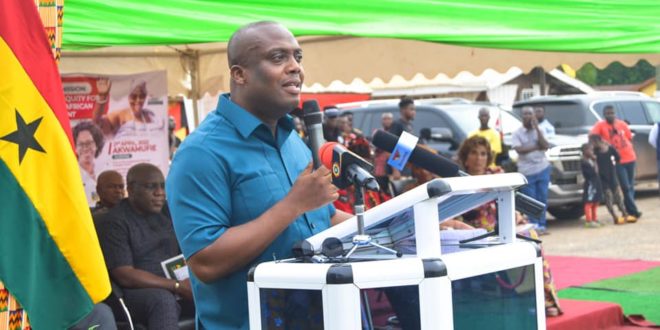 The Member of Parliament for Asuogyaman Constituency, Thomas Ampem Nyarko has called for a reduction in the number of sittings of Parliament.

According to him, Parliament must sit for only two days a week to allow MPs to save money on the current crushing prices of fuel.

He made the suggestion in Parliament while commenting on the business statement for next week.

MPs currently sit four days a week, but the NDC MP says MPs are struggling to cope with the rising cost of fuel hence the suggestion.

“Sometimes we can come and in less than two hours we adjourn till the next day, I am asking whether it will not be possible for the Business Committee to consolidate, and pack their activities so that instead of four days, we come like two days in a week in order to save on the amount of money we are using for fuel,” he asked.

According to Mr Ampem Nyarko, filling his tank at a fuel station cost him an amount of GHȼ3,000, adding that he had to seek assistance from a colleague MP to settle the cost.

“So Mr Speaker looking at the kind of business that we have, is it not possible… we can stay for six hours a day instead of driving here 2 hours then we go back for … that way, we can save like 500 cedis on fuel,” he explained.

But Majority Leader Osei Kyei-Mensah-Bonsu shot back, warning no such proposal will be considered because of its effect on productivity.

He described the call as ‘apocalyptic’, adding that it is unfortunate for a Member of Parliament to make such a proposal.

In an interview with the leading member of the group, Dr Kojo Asante stated that the work-from-home policy will ease the economic burden on Ghanaians.

According to him, when this is done, it will also help “mitigate the pressure on young people and those in the lower income bracket to manage the cost of transport.”

“I strongly recommend that government encourage public and private employers to return to the flexible working or work-from-home scheme deployed during the Covid-19 lockdown and after,” he proposed.