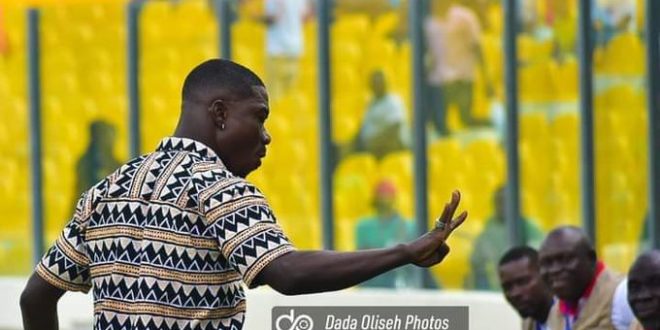 The management of Hearts of Oak have confirmed the appointment of the club’s legend as U-14 youth development coach effective Wednesday, November 2, 2022.

Ghana Premier League heavyweights Accra Hearts of Oak have appointed Bernard Dong Bortey as head coach of the newly-formed U-14 side of the club.

His appointment forms part of the club’s restricting program and the renewed focus on youth development.

A club statement stated that the 40-year-old was selected as part of the applicants who vetted for the position.

“As part of his responsibilities, Dong Bortey will assist coach Samuel Nii Noi at the Under 18 level while building the foundational modules to revamp the Under 14 team and they will work closely under the head coach of the senior team Slavko Matic” a portion of the club’s statement reads. 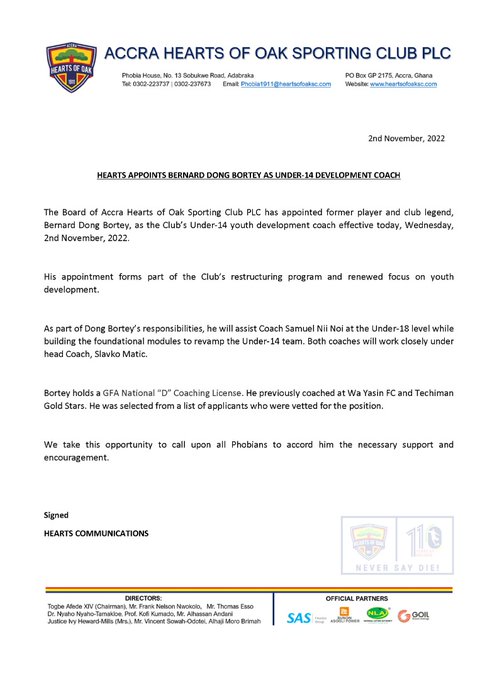 As a footballer, Dong Bortey began his career in 2000 with Ghapoha Readers in Tema but joined Hearts of Oak a year after.

He became an integral part of the Hearts Oak’s “64 Battalion” and a deadly force alongside Charles Asampong Taylor, Ishmael Addo, Emmanuel Osei Kuffour.

He was loaned in 2002 to Al Wasl FC in Dubai, where he played for 6 months, and returned in June 2002 to Hearts of Oak where he won the league and shared the top scorer award with Charles Asampong Taylor.

He signed for Great Olympics in 2019 after stint with Swedish side Ånge IF. However, in the beginning of January 2020 but retired from active football in April 2020 where he ventured into coaching.

At the international level, Dong Bortey capped seven matches for Ghana without scoring. He represented Ghana in the 1999 FIFA U-17 World Championship in New Zealand, where he played 6 games and scored 3 goals, helping Ghana to third place.