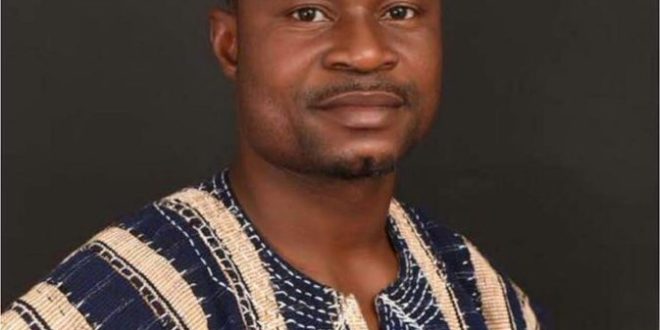 The mortal remains of the late Municipal Chief Executive (MCE) for Krachi East in the Oti region, Francis Kofi Okesu, are to be laid to rest on Saturday, November 12, 2022.

A vigil would be held for the 42-year-old man on Friday, November 11, at Lapaz Park at Dambai, the regional capital.

His internment will be done at Dambai Cemetery in the Oti Region.

The family has also planned a thanksgiving service at the Church of Pentecost at Dambai on Sunday, November 13, 2022. 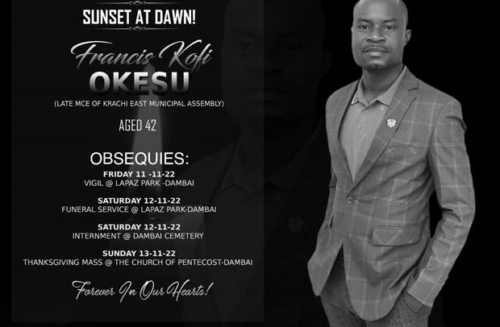 He was found dead in a hotel in Kumasi, Ashanti region on Sunday, September 4, 2022.

Although the cause of his death is unknown, it has been attributed to sex.

Police are yet to make pronouncement on the cause of death after their investigation.

He was reportedly found naked and in a supine position in bed.

Police said they have launched investigation into the matter to unravel the circumstances under which he passed on.

Preliminary investigations of the body did not confirm foul play, however, a substance reported as spermatozoa was found on his thighs.

Francis Kofi Okesu checked into the hotel on September 2, 2022, with his driver, Sylvester Attah.

The driver left and lodged in a different hotel while leaving the car in the custody of the MCE.

The MCE was on subsequent days not seen by the management of the hotel and efforts to reach him by phone also proved futile.

The situation was, thus, reported to the Police by the manager of the hotel who later broke into the room where he was lodging to find him lying dead.