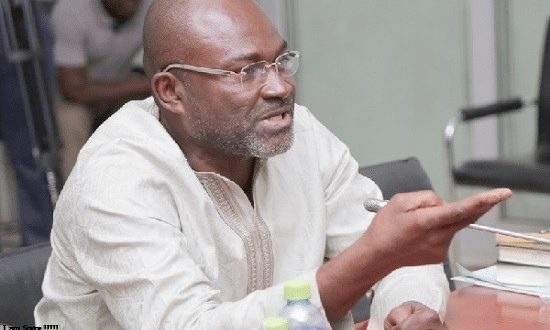 The MP for Cape Coast South Constituency is also the ranking member on Parliament’s Privileges Committee, Hon. Kweku Ricketts-Hagan has disclosed that the Privilege Committee has met the Member of Parliament for Assin Central constituency, Hon. Kennedy Agyapong for his long period of absenteeism yesterday, Wednesday, June 15, 2022.

According to Hon. Ricketts-Hagan, Hon. Kennedy Agyapong gave reasons why he was not coming to parliament with evidence.

He noted that the decision has not been made on Kennedy Agyapong’s meeting with the privilege committee.

Finally, he confirmed that Dome-Kwabenya constituency MP, Sarah Adjwoa Sarfo has noted that the committee wants to do a meeting with her through zoom so she has not been coming online.

Listen to the audio below for more details: