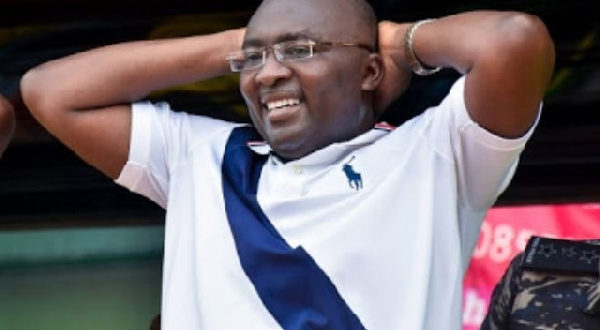 The National Democratic Congress (NDC) for the first time in history has stormed the Akyem Oda constituency in the Eastern region with a very huge crowd of party faithful and sympathizers to celebrate the party’s 30th anniversary in the Oda constituency.

He further added that he is even wondering whom NPP is going to match with former president John Dramani Mahama in 2024 because Dr. Bawumia has already been exposed for his lies to every Ghanaian and Hon. Alan Kyeremanteng has been tried but failed.

He also stated that the New Patriotic Party (NPP) is only excellent in the invention of slogans to confuse and deceive Ghanaians but wouldn’t work in the 2024 general elections in the country because everyone has seen their lies and deceits.

The former Eastern regional NDC secretary; Mr. Mark Oliver Kevor also speaking to the media shared his excitement in seeing a huge crowd of NDC supporters matching and lacing their boots to warm up for the 2024 general elections. He added that NPP has failed the people of the entire Eastern region because all massive infrastructure seen across the region was done by NDC hence the people of Eastern have no hope in NPP anymore.

Previous NPP Is Only Good In Sloganeering – William Atamudz
Next District Assemblies Are Being Cheated And Betrayed By The Government – Hon. Ahmed Ibrahim