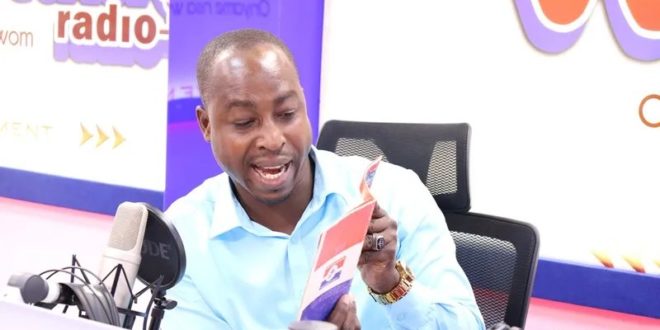 Mr. David Boakye, the Bono Regional Secretary of the New Patriotic Party (NPP), has questioned the demand for Cost of Living Allowance (COLA), by the National Association of Graduate Teachers (NAGRAT).

Speaking to Kwaku Dawuro on the Movement In The Morning Political Show, Mr. Boakye said, “I see no reason anybody should be demanding for a Cost of Living Allowances at this critical time. Almost 40% of government’s revenue goes into paying salaries, meanwhile no project was stalled during the COVID-19 pandemic and not even a single month was salaries of public sector workers not paid although they were home”.

”NAGRAT could propose for a salary increment which is within the confines of the law, and not to demand for a Cost-of-Living allowance, ” he added.

According to him, no government in the world has paid a Cost of Living Allowance to any public sector worker stressing that even with the private sector no employer will pay such an allowance.

He indicated that Cost of living allowance should never be a reason any government worker would embark on a strike.

“You can only go on strike if your conditions of services are not met, and Cost of Living allowance is not one of these conditions”, he said.

Mr Boakye’s comment follows a demand by the National Association of Graduate Teachers, NAGRAT for Cost of Living Allowance (COLA) from the government, as the labour group said it can no longer survive under the current living conditions in the country. As a result, NAGRAT has instructed all Regional, National and Zonal secretariats to hoist red flags in front of their offices and also begin the wearing of red bands by the end of June 2022 if their demands are not met.

The association is expected to declare a strike action by the end of July, 2022 if the government fails to meet their demands.

Disclaimer: TodayGhanaMedia is not responsible for this report and its content.