Breaking News
Home / Politics / Musah Superior: My Ambition As General Secretary Is To Empower And Poise The Deficiency System Of The NPP 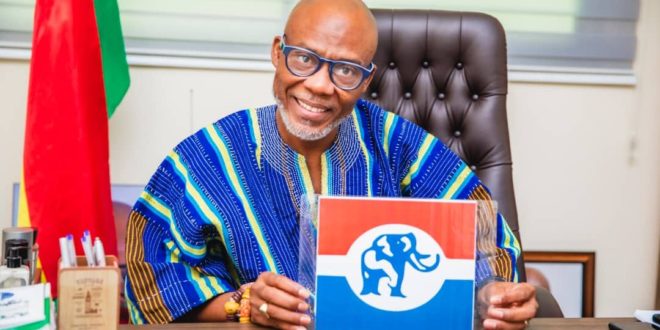 Musah Superior: My Ambition As General Secretary Is To Empower And Poise The Deficiency System Of The NPP

A Former Mayor for Tamale and the deputy CEO for Ghana Forestry Commission, Mr. Iddrisu Musah Superior, has stated that the leadership of the governing New Patriotic Party (NPP), especially, its general secretary, has mismanaged the party intricately.

The General Secretary hopeful in an interview with Appiah Kubi, on Tain FM , “Anopa Nkommo” show noted that, the party has become so weak because of mismanagement by the incumbent secretary, therefore making the NPP struggling.

According to him, the party’s secretary has made the deficiency of the party system very weak, argued that the delegates should select him (Superior) to poise a sufficient management to the agenda of the party to win the 2024 elections.

Mr. Musah Superior stressed that through his term will address the key challenges in the current state of the party by empowering the party members, solving the apathy in the party and initiate strategic plan for members from bottom to the top in the party.

The General Secretary Hopeful believed to initiate a welfare plan and under his leadership will also initiate party office infrastructure plan in all the constituencies in the country, saying, the party has competent people, but has people that can excel the pillars of the party.

He stated further on his tour in the Bono East, Bono and Ahafo Region, while making a case for his election as General Secretary of the NPP, Musah Superior disclosed that he will set up a scheme that will empower the 1st and 2nd vice chairmen of party at the Regions and constituency levels with other positions that will pool resources for the economic management of the party.

See also  Information Minister: When President Akufo-Addo Talked About Africa Beyond Aid, He Was Mocked But The World Is Catching Up With It

He disclosed his plans to establish a business development unit for the party.