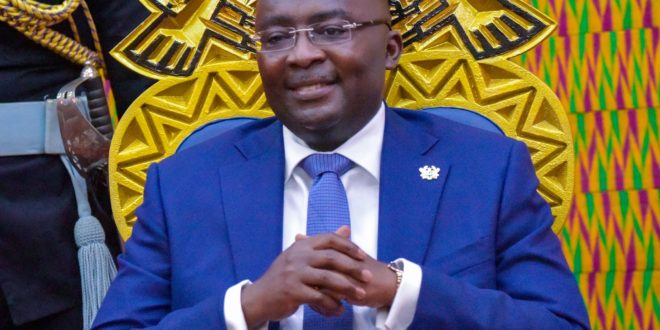 Audio: Dr. Bawumia Was Not Well-Known In The NPP Party – Majority Leader

The Member of Parliament for Suame Constituency who doubles as Minster for parliamentary Affairs and a Majority leader of parliament, Hon. Osei Kyei Mensah Bonsu has disclosed that, the vice president of Ghana, Dr. Mahamudu Bawumia was not well-known by the NPP Party when he was first introduced as the running mate for President  Nana Addo.

According to him, it took some people like Yaw Osarfo Marfo, Kojo Baah Wiredu and other people to convince the party Executives before accepting Dr. Bawumia as the running mate for President Akufo-Addo.

Mr. Kyei Mensah Bonsu added that, there are many 2024 Flagbearer aspirants in the party but it baffles him why people keep mentioning Bawumia’s name, so he had to call on Party members to hold on with their campaign and wait for the right time.

See also  Sammy Gyemfi To Ghanaians : NDC Will Revive Dying Ghana’s Economy Through Industrialization After Taking Over In 2024

He further stated that, he has the capacity to partner Bawumia as running mate incase Bawumia calls him.

He stressed that, his experience in parliament and politics qualifies him to be a vice president.

play the audio below:

Previous We Are Challenged On The Enforcement Of Six Months Rent Advance – Asenso Boakye
Next All The Smaller Parties To Join Forces To Kick Out NPP, NDC – Percival Akpaloo Hints