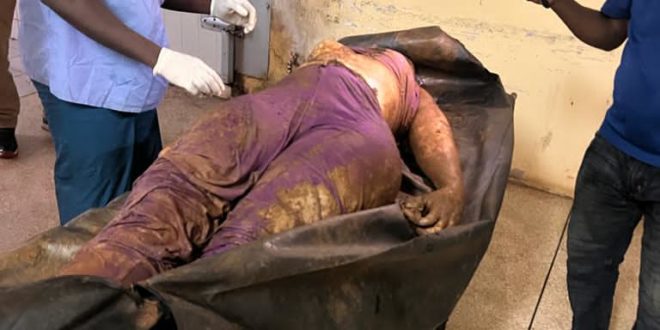 A 25 year old final year nurse student, Ggeorgina Asor Botchwey has been murdered by a pastor and a chief at Mankessim in the Mfantseman Municipality of the Central Region.

The lady, who is a prospective student of nursing was murdered after attending an interview which would have gained her admission into the nursing school at Ankaful.

According to reports, the raped the young lady and killed her afterwards for money rituals. 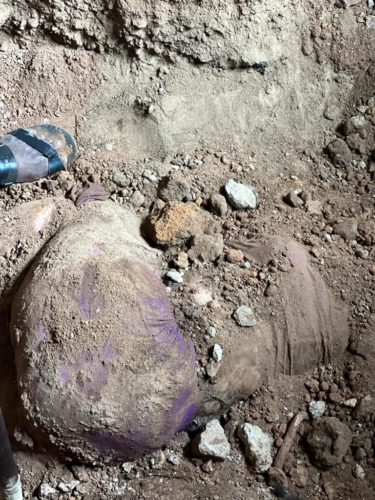 An uncle of the deceased, Joseph Dade said his niece was picked up from the interview scene at Ankaful on September 9, 2022.

The pastor in the case whose arrest led to the exhumation of the body said he is no more a pastor but does only consultation at the moment.

According to the uncle, the pastor said they were using his niece for ritual money.

He adds they had called and demanded a ransom from the family to make a search for them when announcement of her missing was made public.

The chief whose house the body was exhumed has since fled and is still being pursued by the police.

Her body per the single has since been deposited at the Cape Coast Interberton awaiting autopsy and preservation.

“She went for an interview at Ankaful on 9th September and didn’t return. The pastor has been arrested. It was through him that the death came. The pastor picked her from school after the interview. Her phone and other things cannot be found.

“The chief has fled and hasn’t be found yet. The pastor said they wanted to use her for ritual murder. She wasn’t dating any of them. She is not an outing type. The body is currently at Interbeton in Cape Coast. We’ll inform the mother at the right time.

“She lived at Yeji and was about attending the nursing school so she went for the interview. The pastor called and demanded some ransom to look for the child for her. He demanded 16,000 cedis.

“He used to be a pastor then but he now does consultation only. We told him we won’t get that money for him.

About two weeks ago was when he made the demand. We were not able to communicate with him,” he narrated .

On Tuesday, September 20, the pastor led investigators to the room of the Tufohene of Ekumfi Akwakrom, Nana Crack, and the mortal remains of Georgina Asor Botchwey were exhumed.

Reports say the two, after kidnapping her, may have had several bouts of sex with her and killing her.

She was, then, buried in one of the rooms of the chief, who is currently on the run.

The body is said to have been buried for the past three weeks.

Meanwhile, the chief who is at large, Nana Crack, is the Tufohene of Ekumfi Akwakrom and also President for the Mankessim Traders Association. 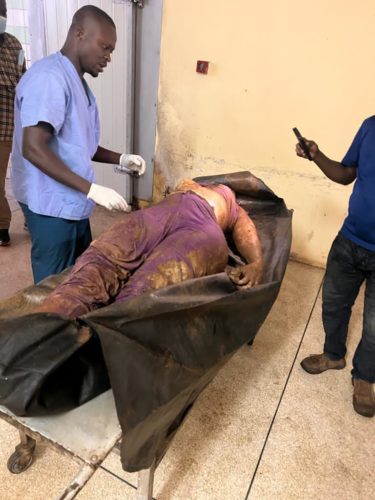 The body of the victim has since been deposited at the Cape Coast Teaching Hospital morgue for autopsy.

Speaking in an interview,the Assembly Member for the area Hon.Cephas Authur called on the Inspector General of Police to beef up security in the Mankessim and it environment.

According to the Assembly Man,this is not the first time such incident has happened in the Mankessim.

This is the fifth time such incident has within this year.

He called on the law court to dealt with the Chief and Paster.

Speaking to the media,some of the residents shows their dispressure about the issues.
They said,they are now living in fear and panic and wondering how a Chief will involves himself in such act.