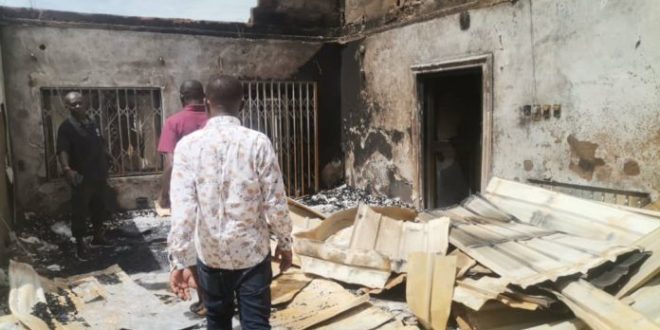 Mother And Two Children Burnt To Death At Asuoyeboah [Photos]

A mother and her two children have met their untimely death after a domestic fire claimed their lives in their home at Asuoyeboah in the Ashanti region; Tuesday September 20, 2022.

This totals to 7 the number of persons who have lost their lives in similar situation within Ashanti region in the last one month.

The incident which occurred around 12:30 pm left one person injured.

The 48-year-old identified as Felicia and her two children, Obed Owusu, 11, and Christabel Owusu, 9, couldn’t survive wrath of the fire despite initial effort by residents to save them. 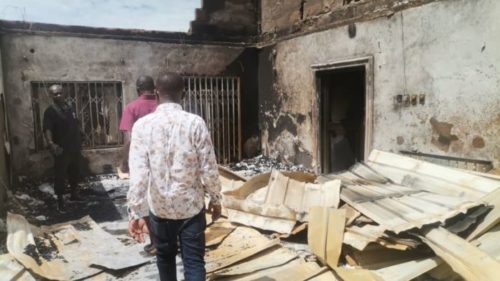 “We are in shock with the intensity of the fire even though it was raining at the time of the incident. We thought the rain will minimize the impact but within minutes, the entire 10-bedroom apartment was engulfed with fire and our effort to try and save them proved futile.

See also  Information Minister: When President Akufo-Addo Talked About Africa Beyond Aid, He Was Mocked But The World Is Catching Up With It 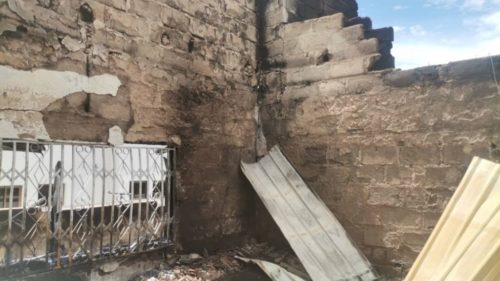 “They all got trapped and couldn’t come through the window because of the burglar proof. However, the man of the house managed to escape because he was in a separate room. He decided to go back and rescue his family but to no avail. He later sustained some severe burns and was rushed to the Komfo Anokye Teaching Hospital for treatment,” Edward Osei, and eye witness narrated. 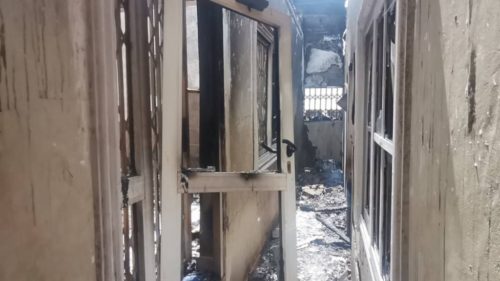 The bodies of the deceased have been deposited at the KATH morgue awaiting autopsy.

This is the third fatal domestic fire in the Ashanti region which has claimed the lives of 7 persons within a month.

The first one occured at Ohwim where a pregnant woman and her two sons were burnt to death in their 3-bedroom apartment on August 16.

Then another one at Aburaso where a 74-year-old former Director of Audit Service in his 5-bedroom house on September 10.

In all these incidents, the Ghana National Fire Service is still investigating to unravel the cause.

Previous Wife Dies While Chasing Husband Over Side-chick
Next Stop Destroying The Good Image Of The Country – Our Leaders And Other Top Officials Urges.