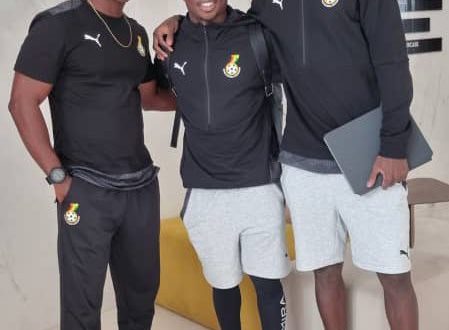 Thirteen player have arrived in the camp of the Black Stars of Ghana to commence preparations for the friendlies against Brazil and Nicaragua this month.

The team will hold its first training at 17Hrs on Monday as preparations get underway for the match against Brazil in Le Harve on Friday.

Notable players such as Inaki Williams, Tariq Lamptey, Ransford Yeboah and Stephen Ambrosio, who switched their international allegiance to represent Ghana at the senior level, have arrived in Black Stars camp.

Below is some of the social media users reactions

New entrants Iñaki Williams and Tariq Lamptey have joined the Black Stars team ahead of the Brazil friendly🇬🇭 pic.twitter.com/S35W2gKa2x

Iñaki Williams and Tariq Lamptey are in the Black Stars camp 🇬🇭 ahead of their friendly match against Brazil on Friday.🔥#GTVSports pic.twitter.com/jomiZmWPht

One thing I know for sure is we will start playing some pretty nice football, it's the beginning of a new era.

🇬🇭Black Stars start camping in France ahead of Brazil friendly.

Joseph Aidoo,Baba Iddrisu and Mohammed Salisu will translate the coaches tactics in Spanish for Inaki Williams 😊

The Black stars will play either Brazil or Switzerland IF they manage to qualify from the group at the World Cup.

Ghana play Brazil in September and Switzerland in November as part of their preparations ahead of the FIFA World Cup in Qatar.

🇬🇭Iñaki Williams and Tariq Lamptey join the Black Stars camp ahead of the friendly against Brazil this Friday pic.twitter.com/Il5EG6ssZ9