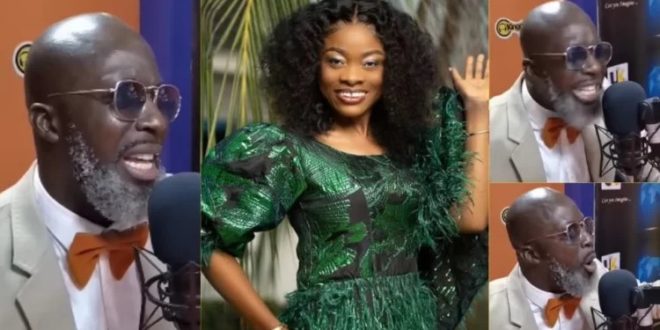 The founder and Leader of the Heaven’s Gate Ministries , Nicholas Osei and popularly known as Prophet Kumchacha   has slammed Gospel musician Evangelist Diana Asamoah over her recent conduct.

Kumchacha claimed on United Showbiz, hosted by Nana Ama McBrown, that the “Onyame Tuofo” hitmaker is suffering from depression, bipolar disorder and dementia.

This comes after the celebrated Man of God was asked to comment on Diana Asamoah’s recent social media activities.

Kumchacha claims that the gospel musician has evolved describing her actions as strange.

He noted that unlike himself and a few others in the gospel music fraternity, the musician is not known for her social media activities.

Because of these ‘weird” behaviors, he shared his fears that she could be suffering from depression, bipolar and dementia, all of which are mentally related.

Diana Asamoah has raised lots of eyebrows after videos of her divulging some controversial issues have surfaced on social media.

See also  Two Dead, Others injured In A Tricycle Accident At Sefwi Afariwa

The latest was the one in which she beckoned the Asantehene to hold a grand funeral ceremony for the late queen of England.