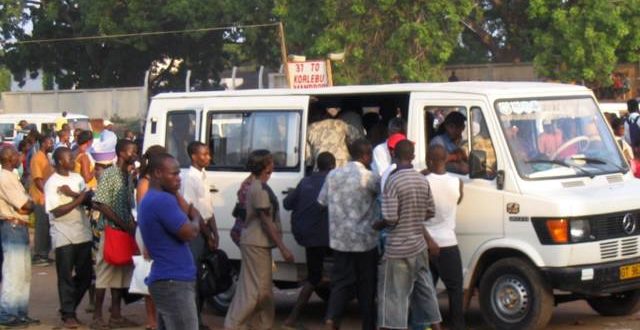 GRTCC To True Drivers Union : There’s No Justification For Increase In Transport Fares

The Ghana Road Transport Coordinating Council (GRTCC) has said it is unjustifiable to increase transport fares in the country now.

The Council’s position comes on the back of True Drivers Union announcing that they will increase transport fares in the coming days.

The Union says their resolve to increase the fares is as a result of frequent hikes in fuel price.

But, the Ghana Road Transport Coordinating Council disagrees with their assertion.

Speaking on Starr Today with Lily Mohammed Wednesday, the General Secretary of GRTCC, Ohene Yeboah, indicated that fuel prices in the country have been relatively stable hence no need to increase the transport fares.

The General Secretary bemoaned the arbitrary manner in which the transport fares were increased the last time without any standard rule and practice.

“So we have to go to the discussion table and see how we can do it in the best way. If you realize for the past months or one and half months now the fuel price has been quite stable and at point it even came down. So there is no justification to talk about any fare increase that has to do with the fuel.”

“We just got the wind of a group wanting to increase the fares, there hasn’t been any decision to that effect. The GPRTU and the Ghana Road Coordinating Council are the main group that determine the quantum of increase and the timeline but we have not met to discuss any increase in fare yet,” Mr. Yeboah stated.

See also  IMF’s Mission To Ghana Has Been Constructive; Another Team Coming Soon

He continued: “But, the smaller group has made an announcement with their intention to increase fares. If we have not met to discuss any detailed plans to look at the numbers we cannot come out to say we are increasing or we are not increasing. So now that they have triggered the discussion we will meet and see how we can address it as an industry.”

The General Secretary further reiterated that unless a meeting is held between GPRTU and GRTCC and they compare the numbers they cannot increase the transport fares.

See also  Ghana Needs A Businessman As President; Our Problem Is Leadership – Fmr. Governor Of BoG