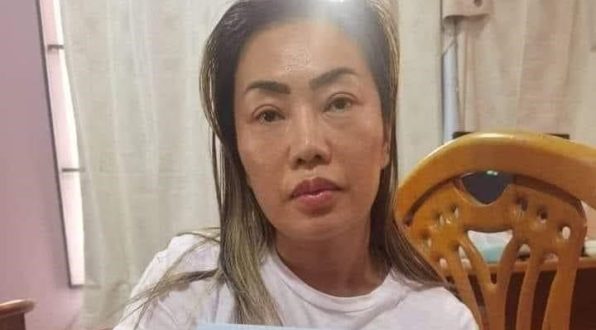 The galamsey kingpin, Aisha Huang, who was remanded on September 2 is expected to appear at the Accra Circuit Court today.

This follows the inability of the galamsey queen to answer charges preferred against her due to the absence of a Chinese interpreter during her first appearance in court.

Aisha Huang also known as En Huang is currently facing two fresh charges. She is being held on the charges of sale and purchase of minerals in Accra without license and engaging in illegal mining without license.

Aisha Huang stoked controversy when she was first arrested in 2017 for engaging in the unlawful activity.

The 47-year-old Chinese national was subsequently deported in 2019 by government, a move which triggered questions about Ghana’s commitment to eradicating the menace.

The announcement of her re-arrest within the country’s borders has since reignited this concern.

Many are also questioning whether she left the country in the first place.

She is expected to stand trial with three others – Johng Li Hua, Huang Jei and Huaid Hun.

Details on her arrest

It has been alleged that a Ghanaian landlord of Aisha Huang, blew her cover after she returned to Ghana.

According to reports, she is said to have threatened the landlord for renting the house to another tenant when her rent had not expired.

President of the Small Scale Miners Association, Michael Kwadwo Peprah, revealed this in an interview on Asempa FM’s Ekosii Sen programme on Wednesday.

He explained that, when Miss Huang was deported, the landlord secured a court order and removed her belongings from the house and rented it to another Chinese national.

However, Mr Peprah said when she sneaked into the country, she felt cheated and resorted to threats.

He indicated that, the tenant, who felt his life was in danger together with the landlord, came to Accra to lodge a formal complaint to the police; leading to Miss Huang’s arrest.

But for this, the small-scale miner said the ‘galamsey queen’ would still be living in Ghana plying her alleged illegal trade.

Mr Peprah added that the police was able to arrest Ms. Huang because the landlord is also a very powerful person in Ghana.

See also  Charles Bissue: It Will Be A Crime For Aisha Huang To Release Any Sex Tapes

Meanwhile, Attorney General, Godfred Yeboah Dame, is set to prosecute the notorious ‘galamsey’ poster girl for her past and recent crimes.

This is the Justice Minister’s assurance after he requested details of evidence compiled by investigators in 2018 and what has been compiled on alleged recent offences.

“Attorney General and Minister for Justice, Godfred Yeboah Dame, has called for the docket on En Huang, a.k.a. Aisha Huang, from the Police,” portions of the Ministry’s post on September 6 read.

“The Attorney General per his request, assures that he will initiate prosecution against Miss Huang, in respect of her current alleged offences as well as those of 2017 before her deportation from Ghana in 2018,” the Ministry added.

Touching on the recent development, President Akufo-Addo says he is not sure about her earlier deportation from Ghana.

According to him, her re-emergence raises concerns about whether she left the country in the first place.

Speaking on a Ho-based radio station, as part of his tour of the Volta Region, he expressed reservation about the nefarious activities of Aisha Huang and affirmed his support for her prosecution.

“I’m not still sure whether she was in fact deported. Or whether she fled the country the first time and has now come back. There still seems to be some uncertainty about it.

“But whichever way it is, she’s become the sort of nickname for all that galamsey represents”, he said.