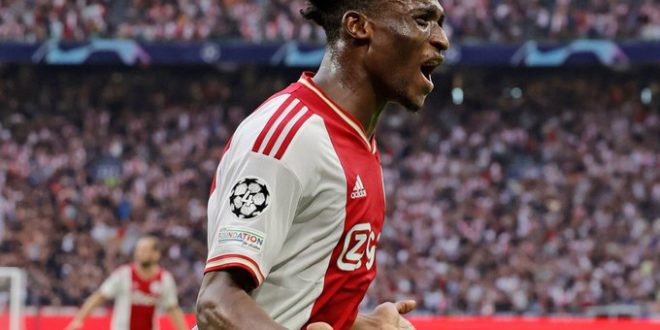 Kudus, who wanted to leave during the summer transfer window after being benched in the first four games, was given his first league start on Saturday and made the most of it.

The 22-year-old scored twice to give Ajax a comfortable 5-0 victory over Heerenveen.

It follows his spectacular performance in midweek, when he scored as Ajax defeated Rangers in the Champions League, and his late goal last weekend against Cambuur in the league.

Mohammed Kudus has scored 5 goals from 9 shots in all competitions this season.

It’s Mohammed Kudus’ world and we’re living in it 😍 pic.twitter.com/Ejwx4Txqvt

Side note: This pass from Mohammed Kudus was ridiculous 😮‍💨pic.twitter.com/0mh3zreLk8

🗓 Wednesday: Man of the match against Rangers after goal and assist.

🗓 Saturday: Man of the match after scoring a brace against SC Heerenveen.

A week to remember for 🇬🇭 Mohammed Kudus 🙅🏾‍♂️ pic.twitter.com/A7WYpnx77o

The Ghana international, impressive during pre-season with four goals, was left frustrated last month after being benched by Ajax manager Alfred Schreuder.

He agreed personal terms with Everton, who wanted to sign him permanently, but Ajax blocked the move.

Below is the video of the goals