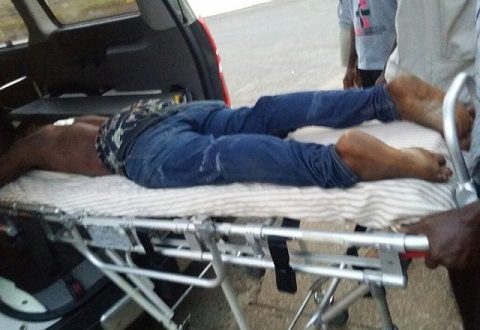 A commercial tricycle rider has escaped death after being stabbed by a female passenger at Bole, a district in the Savannah Region.

According to the victim, believed to be a 17-year-old, the female passenger boarded the car and she was headed towards a private school around Starplex.

But, upon getting to the destination, she ordered the driver to continue the journey, explaining that she was waiting on someone to bring her money for the transport fare.

After several minutes of waiting, the driver indicated that he ordered the lady to alight as he sensed danger.

True to his instincts, the female passenger stabbed him in the right shoulder and subsequently in the neck when he attempted to reverse his tricycle known in local parlance as ‘yellow yellow’.

The victim found refuge in a Presbyterian church after he managed to take to his heels.

He was rushed to the Bole Government Hospital for treatment.

Meanwhile, the district police and military men have visited the scene and are on a manhunt for the suspect.

Items belonging to the lady suspect found in the tricycle were mosquito spray, a knife case and other items suspected to have been used in the act.