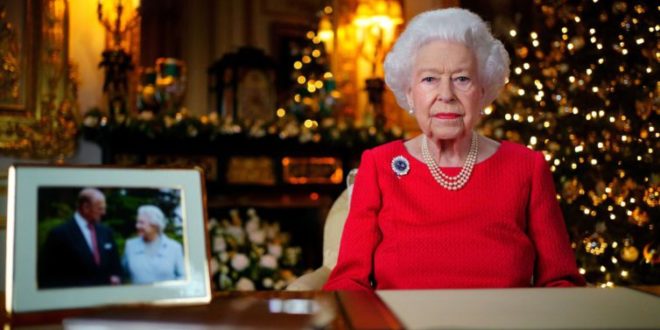 The second Elizabethan Age is at an end. Her Majesty The Queen Elizabeth II, has died peacefully at Balmoral this afternoon, Buckingham Palace confirmed. She was 96 years old.

The King and The Queen Consort will remain at Balmoral this evening and will return to London tomorrow.

The Queen died peacefully at Balmoral this afternoon.

The King and The Queen Consort will remain at Balmoral this evening and will return to London tomorrow. pic.twitter.com/VfxpXro22W

Earlier on Sept. 8, the Palace announced the Queen was “under medical supervision,” following concern from her doctors. Her family — everyone from Prince Charles and Princess Anne, to Prince William and the Duke and Duchess of Sussex — all traveled to be by her side. Earlier that week, the Queen met outgoing Prime Minister Boris Johnson and his successor Liz Truss in Balmoral, but postponed a virtual meeting of the Privy Council in order to get rest.

In October 2021, Buckingham Palace confirmed the Queen had been in hospital and would cancel trips to Northern Ireland and Glasgow as a result. Without providing details of her condition or the nature of the tests she was undergoing, the Palace did say doctors advised that she should rest. It was to be the beginning of her failing health. In November 2021, the Queen missed the annual Remembrance Day service at the Cenotaph, Prince Charles stepped in on behalf of his mother at the opening of Parliament in May 2022, and she wasn’t able to attend some of the Platinum Jubilee celebrations in June 2022. In February 2022, Buckingham Palace announced that the Queen had tested positive for COVID-19, also.

The UK will now enter 12 days of mourning, during which time flags will fly at half mast on official buildings. The Queen’s body will then be taken to Parliament, where she will lie in state in Westminster Hall — as her mother did after her death in 2002 — during which time members of the public can pay their respects until her funeral takes place.

Elizabeth Alexandra Mary was born on April 21, 1926, to the then-Duke and Duchess of York. As the niece of the monarch, Edward VIII, Elizabeth was not thought to be destined for the throne. When her uncle, Edward VIII, famously abdicated in 1936 to marry Wallis Simpson, her father George VI assumed the throne, and the 11-year-old princess became the heir presumptive as the eldest daughter of a family without a son.

She began public duties during the Second World War, serving in the Auxiliary Territorial Service, and set an example of service and sacrifice to other young women on the home front. In 1947, she traveled with her parents to Africa on her first overseas tour, and used a speech on her 21st birthday to pledge her loyalty to the country: “I declare before you all that my whole life, whether it be long or short, shall be devoted to your service and the service of our great imperial family to which we all belong.” Later the same year, she married Philip Mountbatten, who became Prince Philip upon her coronation, and the following year gave birth to their first child, Charles, Prince of Wales.
The young princess was standing in for her increasingly unwell father on a royal tour in 1952 when she learned of his death, aged just 56. She and Prince Philip returned from Kenya and prepared for her own coronation while mourning his passing. She was crowned Queen Elizabeth II in June 1953, and later moved into Buckingham Palace, which remained her official residence. She had three other children: Anne, Princess Royal; Prince Andrew, Duke of York; and Prince Edward, Earl of Wessex.

The Queen oversaw a period of great social and societal change; the landscape and people of her realms changing almost unfathomably during her reign. She saw 12 countries leave her control; Britain vote to leave the European Union; and the establishment of devolved governments within the UK She was served by 14 Prime Ministers and has nurtured Britain’s relationship with the United States as 14 presidents came and went. She has weathered wars and unrest in her territories, and bore personal traumas and sadness, while maintaining an impressive schedule of public appearances.

In April 2021, Queen Elizabeth II’s husband of 73 years, Prince Phillip, passed away from “old age” at the age of 99. She is survived by a large extended family, including her four children (Prince Charles, Prince Andrew, Princess Anne, and Prince Edward), eight grandchildren, and 12 great-grandchildren.

Although details have not yet been confirmed, it is thought that the Queen’s funeral will take place at Westminster Abbey, with a service led by the archbishop of Canterbury, following a procession from Westminster Hall. It is then expected that she will be interred in St George’s Chapel at Windsor Castle, where her mother and father were also laid to rest.

Previous Official Confirmed: Graham Potter Has Been Appointed As New Chelsea Manager.
Next ‘Queen Is No More, London Bridge Has Fallen’ – How The World Is Reporting On Queen Elizabeth’s Death 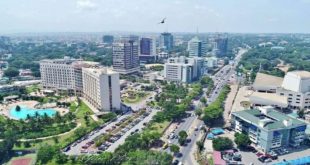