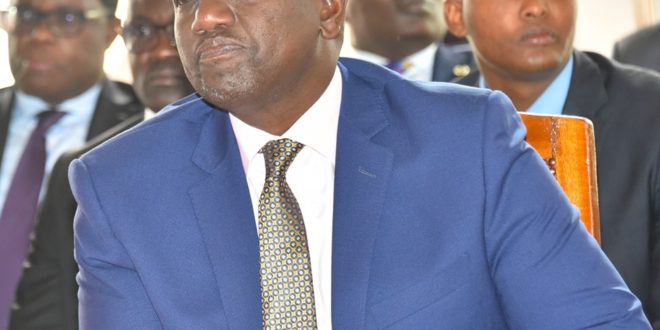 Kenya’s President-elect William Samoei Ruto says the outgoing President Uhuru Kenyatta has not seen it fit to congratulate him for his election win.

“I have won the elections, that is what is important… Unfortunately, President Kenyatta has not seen it fit to congratulate me but I think that’s fine. Maybe he is a bit disillusioned, or maybe he is unhappy that I defeated his candidate. But that is the nature of politics,” he told CNN.

The interview was aired hours after Mr Ruto tweeted about his telephone conversation with President Kenyatta, in which they discussed the general election and the transition to a new administration.

Mr Ruto, an evangelical Christian, also told CNN that gays rights are “not a big issue” in the country at the moment, and he will focus on more pressing issues of unemployment and hunger.

“We do not want to create a mountain out of a mole hill. This is not a big issue for the people of Kenya.”

He added: “When the issue of homosexuality and the rights of LGBT will come, the people of Kenya will make a choice and we will respect the choice. For now let us focus on the issues that affect our people.”

A colonial-era law criminalises gay sex in Kenya – which is punishable by up to 14 years in prison. It is not clear whether there have ever been any convictions for gay sex in Kenya.

See also  Dr. Bawumia To Kenya’s President-Elect : ‘All The Best As You Take Over The Naton’