Breaking News
Home / National News / Victoria Hamah To Critics: How Are You Faring After My Dismissal? 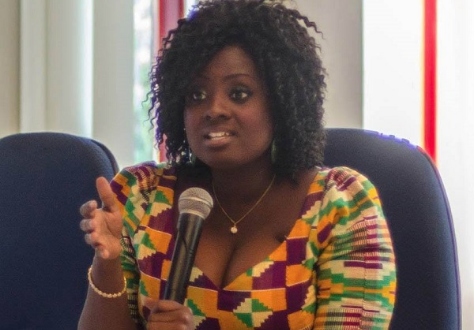 Victoria Hamah To Critics: How Are You Faring After My Dismissal?

A former Deputy minister of communications under the erstwhile John Mahama administration, Victoria Hamah  has sent a query to persons she believed might have orchestrated her dismissal with the infamous “this is not the speech I edited” phrase.

Hamah was fired some eight years ago after her video of the incident went viral on social media.

In a terse message on Facebook on Monday (5 September) Hamah said: “Those who recorded and spread the famous ‘This is not the speech I edited’, to embarrass me, I would like to know what has happened to their lives now.”

Hamah at the launch of a campaign against cyber crime in Ghana was caught on camera complaining before her audience about the content of a speech she was reading.

She claimed the speech she was given was not the one she had edited earlier, and resorted to reading “from her mind”.

Previous President Akufo-Addo Must Resign If ………. – Ace investigative Journalist Says
Next British Pound Falls To Its Lowest Level Against The Dollar Since 1985