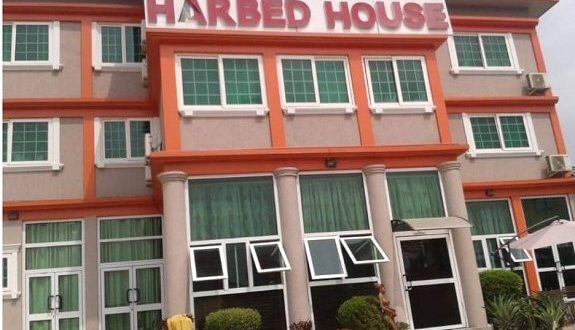 Information have started emerging on how the late Krachi DCE, Francis Kofi Okesu was found dead in a hotel room in Kumasi.

The Dean of MMDCEs in the Oti Region was found dead after lodging in a hotel room.

The cause of death and his mission to Kumasi is not immediately known.

Giving much details on how the alleged incident occurred, the Dean of Metropolitan, Municipal and District Chief Executives (MMDCEs) who happens to be the District Chief Executive (DCE) for Akyem Achiase, Richmond Agyabeng Amponsah said the deceased DCE had lodged in Herbed House Hotel at Kentikrono near Kwame Nkrumah University of Science and Technology (KNUST).

See also  SHE POWER Summit Reveals How Women Can Be Empowered

According to him, the driver tried reaching him on phone the following morning but to no avail.

It was however uncleared whether he lodged in the same hotel with the driver or otherwise.

“The driver called him several times but he was not responding to his phone. He moved with some staff of the hotel to the room and knocked severally at the door but he was not responding either. A complaint was lodged with the police and the door was broken and there laid the lifeless body of the DCE. He was in the room alone. I do not want to make further comments because the matter is still under investigation by the police”, Richmond Agyabeng Amponsah told Accra-based Adom Fm.

He mentioned that the late DCE going to Kumasi has nothing to do with national event but suspects it could be personal reason.

“He is the Dean of MMDCEs of Oti Region. I met him two weeks ago and we met last week Thursday and spoke about an impending funeral. He may have travelled to Kumasi for some activities and lodged in a hotel. I am not sure he was attending any Regional and National Programme”, he disclosed.

Meanwhile, love ones in Oti region together with friends have thronged his home in Dambai to commiserate with the grieving family.

Leaders of the party, friends, and loved ones who are close with the late Francis Okesu, was spotted crying uncontrollably.

His death comes after the demise of his other colleague, Marlon Anipa, first DCE for Guan district.