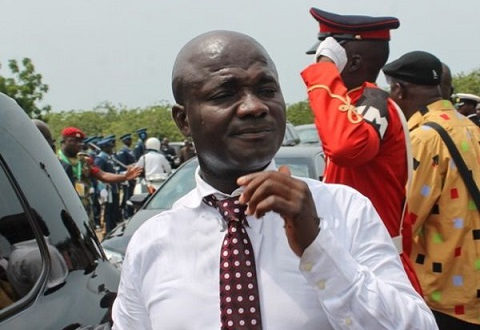 An audio making the rounds on social media captures a known member of the National Democratic Congress, Frank Kwaku Appiah, popularly known as Appiah Stadium disclosing how some elements within the party allegedly paid monies to a reporter of Kumasi-based Nhyira FM.

Appiah Stadium who has confirmed the content of the audio is heard making allegations against Abass Nurudeen who is the NDC’s Ashanti Regional Communications Director.

Appiah Stadium lamented the attitude of Abass, referencing his inability to keep secrets.

In expressing his reservations about the conduct of Abass, the vocal NDC footsoldier cited Sammy Gyamfi, the National Communications Director as the main reason Abass continued to disrespect him and other party bigwigs in the region.

Appiah Stadium’s conversation was with reference to Nhyira FM political show host, Nana Kwadwo Jantuah, who is alleged to have received some monies from Sammy Gyamfi for the hard-hitting stance he has against President Nana Addo Dankwa Akufo-Addo.

According to him, the transaction that was supposed to be discreet found its way the public because of Abass’ lack of discretion: “The boy has been of great help to us (NDC) and the boss asked you to give him US$2000 and Ken added 20million.

“You said the guy did not give you the 20million so you are angry. He called me that Kwadwo Jantuah has been given $2000 and I warned you that this should be a phone conversation.

“I told him BNI and National Security have tapped my phone so he shouldn’t call me. Apparently he had told others. So, I called Nana Kwadwo Jantuah and told him to be careful because Abass could kill his program. If NPP hears that John Mahama has given you money, you’ll be in trouble. I blame Sammy Gyamfi for his stubbornness. Sammy Gyamfi is the reason he is misbehaving.

“He feels he has a relationship with John Mahama so he doesn’t respect. He thinks he’s gone but if I throw one bomb, he’d be beaten. If we don’t help and assist Abass, his career will be derailed. He is not a good person,”.

Listen  to the audio below for more details:

Meanwhile Nhyira FM has rejected the allegations by Appiah Stadium, clearing Kwadwo Jantuah of the claims made against him.

Abass Nurudeen has also distanced himself from the claims, claiming that there is a plot by some members of the party to make sure he loses the upcoming Ashanti Regional elections of the NDC.