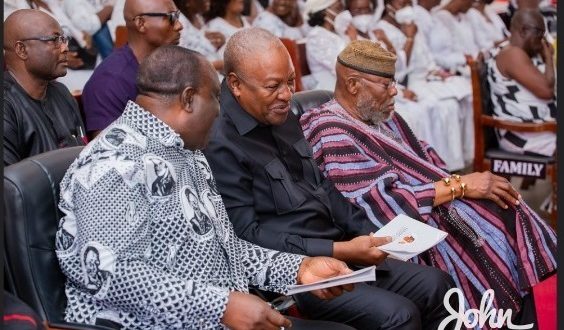 The final funeral rites, which had mourners from all political divides and associations, took place at the Lashibi funeral home. 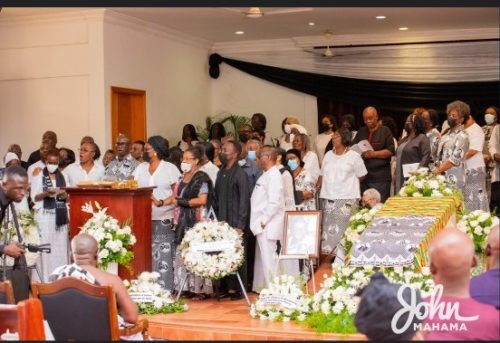 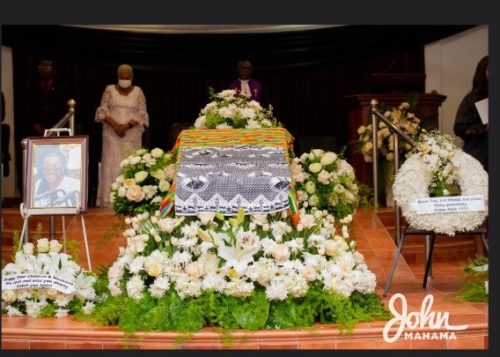 Former First Lady, Nana Konadu Agyeman-Rawlings, who is a sister of the deceased, Accra Hearts of Oak board member and politician, Dr Nyaho Nyaho Tamakloe and Minister for Trade and Industry; Alan Kyerematen were also present. 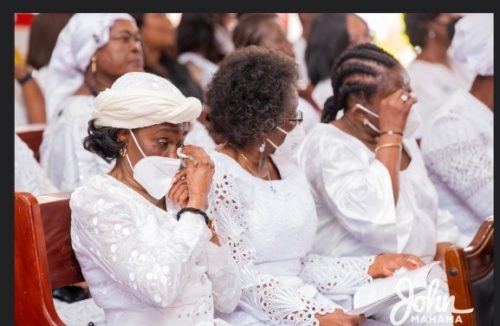 Mr Mahama prayed for strength for the widower, the children and also for the departed soul to rest in peace. 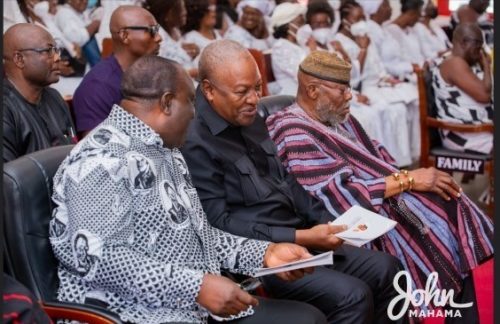 Alhaji Haruna Atta, on his part, admonished Ghanaians to cherish the Ghanaian traditional family system, saying “when my wife was ill, I was alone with her, we have destroyed our traditional system.”

The wife of the former Ambassador to Namibia lived with multiple sclerosis, an autoimmune disease as well as devic’s disease, a rare neurological disorder that affects the eyes and spinal cord for about 25 years.

Mahama, Nana Konadu, Alan mourn with Haruna Atta as he buries wife [Photos] She died on August 17, 2022, at the University of Ghana Medical Centre.