Breaking News
Home / National News / KNUST Management On Accreditation Breach : ‘We Have Been Running These Programmes For Over 70 years’ 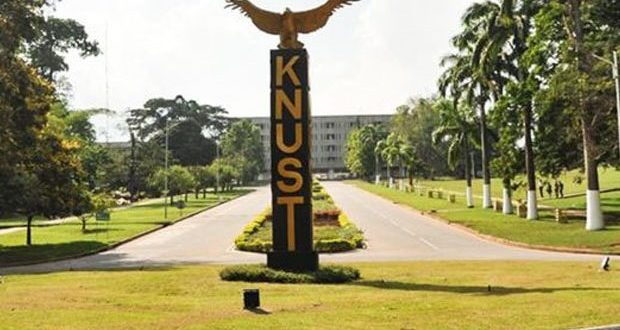 KNUST Management On Accreditation Breach : ‘We Have Been Running These Programmes For Over 70 years’

The Kwame Nkrumah University of Science and Technology (KNUST) has rejected portions of the Auditor-General’s report that stated that only 61 out of 360 programmes in the institution had been accredited.

According to the University’s Relations Officer, Dr Daniel Norris Bekoe, those portions of the report are inaccurate.

He said the Institution has fully complied with regulations by Ghana Tertiary Education Commission (GTEC).

Dr Bekoe said applications for these programmes have been submitted to GTEC for approval and it’s their delay that has caused the problem.

He added the University has run most of the programmes in question for over 70 years.

“We have submitted over 468 applications for existing programs, so when the documents are with GTEC, and they haven’t been worked on, there is a little delay. That is not to say, the university is running unaccredited programs.

“KNUST existed long ago before the setting up of the National Accreditation Board and GTEC so most of these programs we are talking about have been running for over 70 years.

“So how can one say that, these programs that have trained some of the finest brains in this country are unaccredited?”

See also  “No sir! Never; I Have Not Tendered My Resignation” – Charles Adu-Boahen Replies Ablakwa

The Auditor-General’s report for 2021 noted that for the schools, “accreditation expired or requires re-accreditation during the period under review.”

The Auditor-General has therefore “recommended to Management to cease running programmes that are not accredited or having its accredited certificates expired, until they are accredited or renewed, to avoid sanctions by NAB.”

The Auditor-General also found out that four officers who were granted sabbatical leave by the University, took up various appointments in other government institutions where they are enjoying full (basic salary and other allowances) monthly salaries in addition to basic and Market Premium being paid by the University (KNUST).