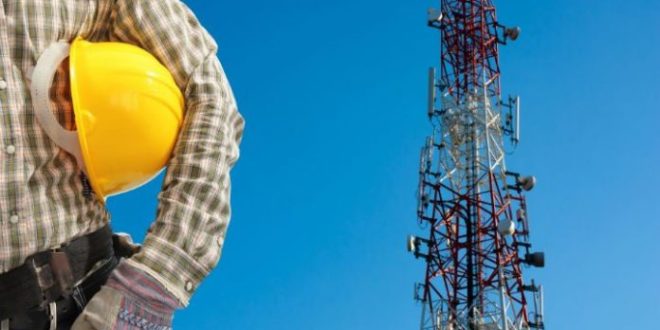 Ghana’s telecommunications system faces a shutdown as telecom workers are set to embark on an indefinite nationwide strike from Monday, September 5, 2022.

The strike, declared by the executive of the Telecom and IT Professionals Union (TIP), whose members are mostly outsourced engineers, technicians, IT professionals and other allied workers managing the technical operations of the three major telecom companies, MTN, Vodafone and AirtelTigo, is to press home demands for a number of conditions of service.

A statement signed and issued by Israel Edem Agbegbor, General Secretary of TIP and copied to the Ghana News Agency in Accra on Thursday, said the telecom workers would withdraw their services until three key “non-negotiable demands” are met by their employers.

According to the statement, the union is demanding an “immediate recall of all targeted members of TIP whose contracts had not been renewed by these employers by mere association with the union and other Union leaders who are part of the current Joint standing negotiation committee and sub- committee negotiating the 2022 Collective Agreement and salary increment.”

Also on demand is an “immediate payment of Golden handshake to all our members whose contracts have ended with Reliance and have not been renewed.”

Additionally, the union is demanding a “joint signing and submission of a letter to NLC referring the salary negotiation and pending items in the 2022 Collective Agreement to compulsory or voluntary arbitration after over six weeks of declaring a deadlock.”

According to the statement, the union had been forced to take such actions due to increasing incidents of victimisation of members, the lack of cooperation and commitment of their employers in addressing their outstanding demands.

“And since all attempts to get the cooperation of these employers have failed, we think it is time for action until the following non-negotiable conditions are met,” the statement said.

The union explained that the move was in response to their employers’ decision not to renew the contract of over 100 targeted members and executives across the National, Regional and Branch levels of TIP.

“These include representatives who are also part of the current Joint Standing Negotiation Committee or Sub-Committee negotiating the 2022 CA and salary increment with the employers which has hit a deadlock.”

According to the Union, the four employers who were subcontractors and employment agencies of Huawei Technologies on the managed service operations of MTN, Vodafone and AirtelTigo, have since July 2022 refused to sign a joint letter with the Union to refer deadlocked issues for arbitration.

It said although the union had reported the unfair labour practices, victimization of union members and the uncooperative conduct of the employers in addressing outstanding issues and the non-compliance of arbitration awards, to the Labour Commission, no action had been taken against the employers.

“Clearly, we are left on our own to take the necessary action to deal with these unfair labour practices and conduct that threatens the very existence of the Union,” the statement stressed.

The link below is the full statement: