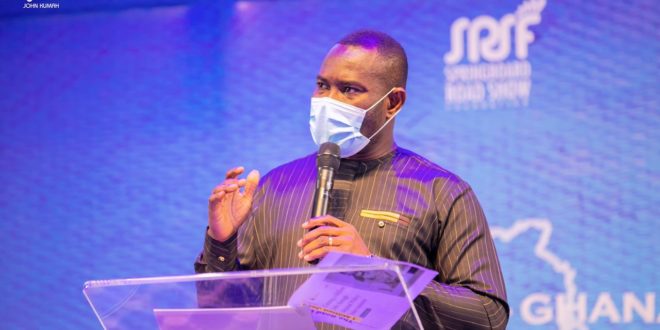 The Deputy minister for finance, Dr. John Kumah, has said that the GHC1.1 million paid as salaries to three “ghost names” at the ministry has been recovered.

Three government officials allegedly received salaries of over GHC1 million between January 2020 and December 2021 without any official record at the finance ministry, this among other findings have been identified in the latest Auditor General’s report.

According to the latest report, there were no traces of the trio’s personal files on the nominal roll of the ministry. The three individuals; Allotey James, Nana Yaw Asiedu and Adam Habibu received a combined GHC1,112,896.00 as salaries.

In a Facebook post, John Kumah urged the Auditor General to also focus on reporting recoveries made after such reports.

“Kindly note that the funds paid were recovered when the attention of the Ministry was drawn to this anomaly. This is why I always insist that the Auditors General report must also have update on recoveries being made,” he said.

“The three ghost names are personnel seconded from GRA, for whom there was some misunderstanding about which payroll they belonged to for the period of the secondment. The amounts paid have been recovered from the GRA as indicated and the ministry will in due time share more details,” Kumah added.

See also  Politics Is Not About Sycophancy – NPP’s Kwabena Agyapong

Previous Report: 35% Of Ghanaian Adults Are Hypertensive
Next The Termination Of NABCO Programme Is A Disaster For Ghanaians Youth – Mr. Marfo Hinted