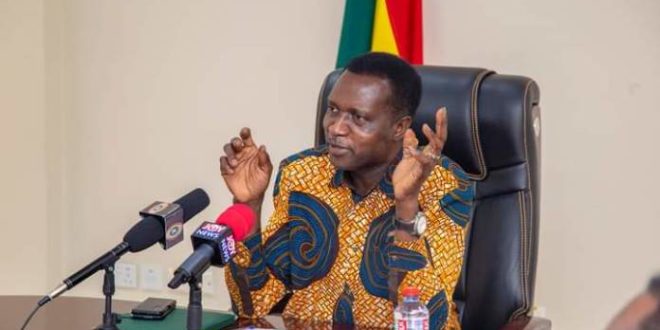 According to him, they were asked by the World Bank to train 41,000 teachers and then they will receive that money as part of efforts for better education.

“When I came, the GALOP had already been started and it was in the report to train 41,000 teachers and get that money. We managed to train them and met the November deadline, the training was done and so UNICEF after everything wrote a letter and said we have met their requirement,” he said.

In the view of Dr Adutwum, the World Bank has exonerated him from any wrongdoing, stressing that the US$1.2m is still intact and therefore could not fathom the noise about the money.

“World bank is not a cheap entity to joke with. And so why the qualms, those complaining bitterly, are they lawyers for Ghana?” He quizzed.

He told Adom FM’s morning show Dwaso Nsem Wednesday in an interview that the World Bank has not raised concerns about the matter and so the claims are just to tarnish his image.

“What have I done to some Ghanaians to make such damning allegations against me? Where from this hatred against me? I even hear people say I have stolen the money. What harm have I done to Ghanaians? World Bank is even happy about my initiative so why are you angry? The money is seated in the account,” he insisted.

It was reported that Dr Adutwum presented what is suspected to be a fictitious report supposedly to convince the World Bank for the release of US$1.2million meant to execute the GALOP 7.2B, a project according to reports he and the Ministry never executed.

But he has denied the allegations.