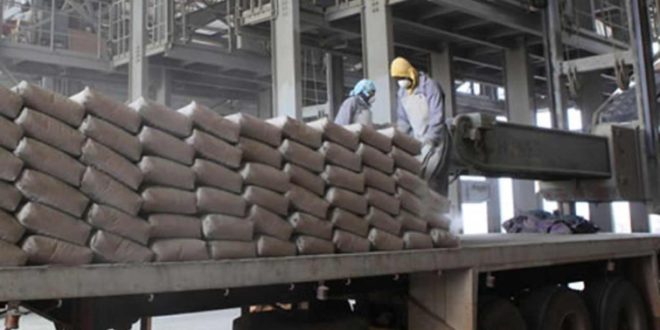 The price for a 50-kilogram bag of cement has been increased by manufacturers effective August 30.

Checks  revealed that all the major manufacturers have increased their prices.

GHACEM’s new price list for its distributors showed that a 50-kilogram bag of cement of Super Rapid is going for ¢64.59.

Cement price increases to ¢73 as manufacturers blame cedi depreciation
Why the increase?

Some of the manufacturers say the increase has been influenced by a sudden rise in the cost of operations, from July 2022, due to the sharp depreciation of the cedi over the past months.

Officials at one of the manufacturing firms told JoyBusiness on condition of anonymity that, “when the factory price (wholesale price) of a 50 kilogram was about ¢59.00, it was based on an exchange rate of around ¢7.60 in June this year”.

Some of the Manufacturers also said customers should expect about ¢8 to ¢15 increase per bag on the market.

This will, however, be influenced by the location as Accra may have a different price from the other regional capitals due to transportation.

The rising cost of operations

“Based on the fact that most of the manufacturers have to import some of the raw materials at a dollar rate of more than ¢9, someone has to take care of this sudden increase in cost”, a manufacturer said.

Some of the manufacturers have also told Joy Business that t it has been very difficult to absorb all the rising costs of operations, and there is the need to share some of the burdens with consumers.

The development may impact the prices of houses in the short term and the personal budget of many individuals who are currently putting up houses in the country.

It could also impact the cost of ongoing construction projects.

Manufacturers had in recent times pushed for government to take a second look at the taxes on the inputs and charges at Ghana’s Ports.

They had hoped government will take an action to help reduce the price of cement.

It is the hope that these manufacturers will see review taxes/levies at the ports and this could help slow down the hikes in the price of cement recorded in recent times. 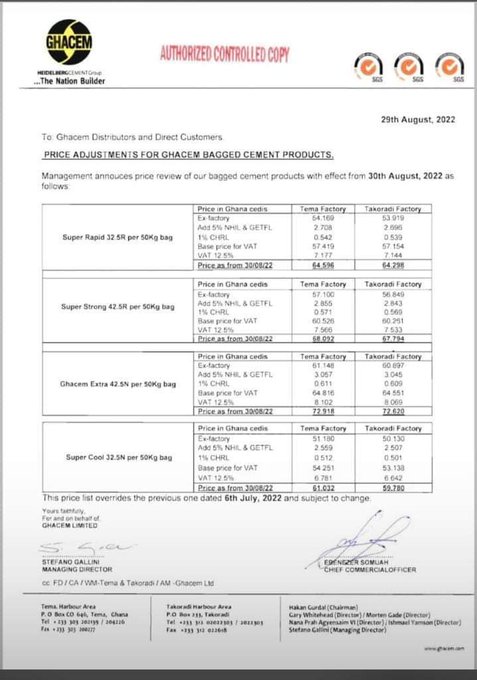