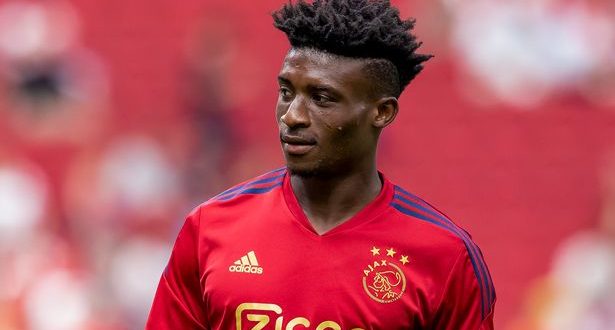 Ghana midfielder Mohammed Kudus has boycotted training at Ajax as he seeks a move away from Everton according to De Telegraaf.

The Right To Dream Academy graduate has taken the route of Brazilian winger Antony, who is on his way to Manchester United.

After three meetings with Ajax coach Alfred Schreuder about his lack of minutes, Kudus decided to not show up for training sessions.

“We spoke with him [Kudus] three times, because he also thinks he should play.

“Of course, I see that he is disappointed now and then. It’s about whether you can control that emotion for the team. He handles that well,” Ajax manager Alfred Schreuder said on August 21.

The 22-year-old joined the club in 2020 after a successful stint at Danish side Nordsjaelland and had a good run of games.

But, after his injury against Liverpool in the UEFA Champions League that year, Kudus has been given few opportunities with the Dutch champions.

This season in the Eredivisie, the Ghanaian has recorded just 29 minutes with zero starts to his name despite impressing during the pre-season.

He now wants to join Premier League side Everton, a club he has agreed personal terms with before the summer deadline passes.