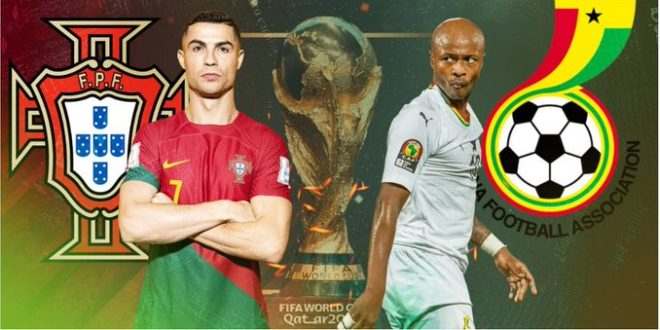 The FIFA World Cup, sometimes called the Football World Cup but usually referred to simply as the World Cup, is an international association football competition contested by the men’s national teams of the members of Fédération Internationale de Football Association (FIFA), the sport’s global governing body. The championship has been awarded every four years since the first tournament in 1930, except in 1942 and 1946, due to World War II.

The tournament consists of two parts, the qualification phase and the final phase (officially called the World Cup Finals). The qualification phase, which currently take place over the three years preceding the Finals, is used to determine which teams qualify for the Finals. The current format of the Finals involves 32 teams competing for the title, at venues within the host nation nations) over a period of about a month. The World Cup Finals is the most widely viewed sporting event in the world, with an estimated 715.1 million people watching the 2006 tournament final.

Ghana’s Black Stars are pumped for their first World Cup match in eight and a half years, as they take on former European champions Portugal in what is expected to be a thrilling encounter at Doha’s Stadium 974, with both teams looking to get off to a good start in Qatar.

Interestingly, Ghana’s first opponent for this year’s tournament was the last one they faced in a World Cup match. The four-time African champions were defeated 2-1 by Paulo Bento’s men at the Estádio Nacional Mané Garrincha in Brasilia, courtesy of a John Boye own goal and a Cristiano Ronaldo finish after goalkeeper Fatau Dauda’s mistake.

The two teams will meet again, but with a different group of players, in what is known as a repeat or revenge battle.

Black Stars coach Otto Addo, who was appointed in February following the Africa Cup of Nations disaster, is upbeat about his team’s chances in a major tournament.

“Our main focus is to win against Portugal, which will be very difficult. After that, we’ll look at the next step.”

His opposite number Fernando Santos believes Ronaldo’s club issues, which have overshadowed their tournament preparations, will have no negative impact on the team.

“We haven’t talked about it together, not even he has spoken about it. What’s important is that the players are convinced about what they need to do, of what their objectives are”, Santos clarified.

“What we want is to give the Portuguese people something to enjoy, that’s our goal. Everything else comes second”, he said.

HOW THEY HAVE FARED AT THE WORLD CUP

Portugal have appeared in the finals of the FIFA World Cup on seven occasions, the first being in 1966 where they came third.

The Seleção have a better pedigree than the Black Stars, with their best result in the event coming in 1966, when they finished third. Despite their best efforts, Portugal have been unable to duplicate that result. The best they could get was fourth place in Germany in 2006. Portugal have since then failed to even secure a quarter-final place.

Ghana made their debut in 2006, reaching the round of 16 with six points before falling to a 3-0 thrashing by Brazil. The West Africans advanced to the quarter-finals in the next edition, only to lose on penalty shoot-outs to Uruguay when Asamoah Gyan failed to convert the final kick in extra time from the spot.

Ghana, however, failed to impress as they were ousted from the group stage in Brazil in 2014 after losses to the United States and Portugal.

Portugal got to their sixth consecutive World Cup by beating Turkey and North Macedonia 3-1 and 2-0 in the European playoffs after finishing second in the preliminary round.

Ghana had to fight their way back after missing out on the last edition in Russia. After topping a group ahead of South Africa, they beat bitter rivals Nigeria in the final qualifying round on away goals.

The two sides will be meeting for just the second time in history having clashed eight years ago during their final group game in Brazil.

The Black Stars have no injury concerns after goalkeepers Jojo Wollacott and Richard Ofori missed out on the final squad due to injury. New boy Abdul Salis Samed appears to be Otto Ado’s favourite to pair Thomas Partey in the absence of Real Mallorca defensive midfielder Baba Iddrisu who also missed out on the squad. In attack, despite Antoine Semenyo’s goal against Switzerland, Inaki may be favoured ahead of the Bristol City forward.

4 Portuguese players Ghana must be wary of

By beating Switzerland, Ghana may have dispatched one of the favourites to win the World Cup – but they will still have to be at their best if they are to get past Portugal in the Group H opener on Thursday.

Portugal almost missed out on the trip to Qatar after losing to Serbia in the final group qualifying match in the 90th minute, which saw it finish second and drop into a nervy playoff. But Portugal withstood the pressure with wins over Turkey and North Macedonia to qualify for its eighth World Cup.

They have plenty of players capable of causing real problems for a Ghana side who are only just getting themselves going this Winter.

Here’s kickgh.com’s run-through of who to keep an eye on on Thursday

Leão has always been a mature athlete, and his athletic profile provides a high floor for his skillset. Not only is he quite tall and lean, he has a great burst and top-end speed to match, making him a very dynamic forward. He’s also added muscle to his physique as he’s grown. All in all, Leão is a multi-faceted athlete.

In terms of his playstyle and skillset, Leão typically plays off the left in senior football – having developed as a centre-forward at youth level – and offers a dynamic presence in the forward line. He stretches and disrupts defences with his movements, with and without the ball.

Leão is a prolific and proficient dribbler; he drives powerfully from deep then beats players in one-v-one situations around the box with skill and changes of speed.

He doesn’t offer much in terms of a passing threat, but he gets into good positions inside the box off dribbles and movement – that’s his primary quality. He has also improved as a finisher, making more of the areas he gets into.

Despite being released by Manchester United on Tuesday, Ronaldo is expected to go all out in what will likely be the star’s last chance at the World Cup.

His impressive log of 117 goals (international men’s record) from 191 international appearances (Portuguese record) should only grow in Qatar.

In addition to his storied accomplishments, the 37-year-old could become the first men’s player to score at five World Cups (Marta has accomplished the feat for the Brazilian women’s team).

This world cup will be special for Bruno Fernandes and Portugal would expect this Manchester United star to fire in Qatar. He would be the biggest asset for the success of Portugal in the World Cup.

He has been outstanding since his move to Premier League. He was the leading goal-scorer when Man United finished second in the table, scoring 28 goals.

Fernandes recently signed a new contract with his club which will keep him at Manchester United until June 2026. Bruno played a big role in Portugal’s triumph in the inaugural Nations League.

For his performances throughout the competition, he was named in the “Team of the Tournament”. He has appeared for 48 times in Portugal’s outfit and netted nine goals.

Fernandes will be the key to unlocking opposing defenses and unleashing an attack that, on paper, looks like one of the tournament’s scariest.

The defender is a staple in the Portugal defense and has emerged as one of the world’s best central defenders after an incredible 2020-21 season with Manchester City.

That year, Dias was named the Premier League Player of the Year as well as the UEFA Champions League Defender of the Year.

While Portugal has excellent fullbacks in João Cancelo and Nuno Mendes, Dias is a leader at the back who combines great tactical awareness and impressive passing skills with a commanding physical presence.