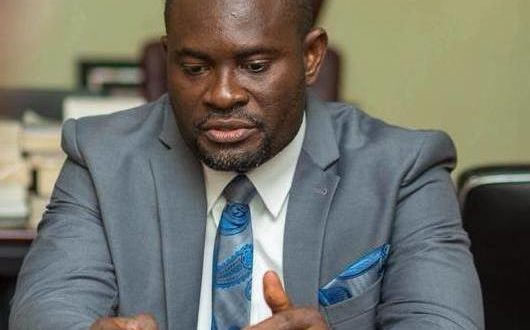 The Deputy Minister for Finance, John Kumah, has stated that an amount of 37 million United States Dollars out of the 750 million dollars Afreximbank facility, has been to set aside for debt service obligations of the country.

In a Facebook post in response to claims by Cassiel Ato Forson, ranking member of Parliament’s finance committee, that the government of Ghana received USD$ 713 million instead of USD$ 750 million, Mr John Kumah noted that “government has received fully the total amount of USD$ 750 million from Afreximbank as was approved by Parliament”.

“Can someone at the ministry of finance & the Bank of Ghana explain why only $713m out of the approved $750m hit GOG’s Bank account? Where is the remaining $37m? For the avoidance of doubt, Parliament did not approve upfront fees amounting to $37m”, Cassiel Ato Forson posted on twitter

I have perused again the $750m agreements as approved by Parliament.
No where in the agreement is the GOG obligated to set up an escrow account and to pay $37m for the purpose of debt service that will be starting in 3yrs time.@johnkumah_Esq, please come again! https://t.co/CBvEW6Hequ

“Government also as part of the transaction has created an Escrow Account for debt service for the facility”.

“This arrangement is not new as the Ministry of Finance have from time to time created specialized Escrow accounts for specific purposes”.

“In this particular transaction, an amount of USD37.0 million from the facility has been set-aside for debt service obligations” the Facebook post read.

“All the documentation relating this arrangement were supplied to and was approved by Parliament”.

“Government is grateful to Afreximbank and assure all Ghanaians that the funds will be applied specially to the specific infrastructure projects approved by Parliament” Mr Kumah’s post further read.

The Afreximbank facility is expected to finance capital and growth-related expenditures in the 2022 Budget.

It will also give a big boost to the local currency, by helping to stabilize the cedi, which has been under serious depreciation pressure this month, especially.

With growing concerns over the fate of the cedi, Asaase news followed the progress of the U$750m injection of foreign exchange into the economy.

The proceeds from the loan would largely be used to finance projects in the roads, energy, railways, and health sectors.

These projects are those outlined in the 2022 Budget Statement and Economic Policy of Government.