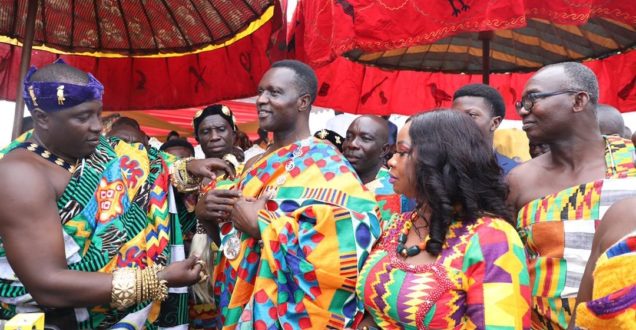 The chiefs and people of Bosomtwe have honoured one of the illustrious sons of the land, Dr. Yaw Osei Adutwum, who is the Member of Parliament for the area at a special ceremony at Jachie on Sunday.

Dr. Adutwum, who is also the Minister of Education, was presented with a citation, a ram, a Kente cloth and traditional sandals as well as assorted gifts. He was commended for his support of the development of the Constituency and the nation as a whole.

The citation also praised him for the progress and development he has spearheaded for the Bosomtwe Constituency in the form of educational projects, facilitation for the establishment of educational institutions as well as the awarding of a scholarship to hundreds of his constituents from his own resources.

The citation mentioned his re-election and his elevation to the position of a substantive Education Minister after working tirelessly during his appointment as the Deputy Minister for that sector attested to his know-how, dedication to duty and readiness to do more for the transformation of the country through education.

It indicated that the massive transformation he was promoting in the education sector was an amply testimony of his outstanding leadership quality which has promoted the development of the country and beyond.

“The Chiefs and people of Bosomtwe are proud to associate ourselves with you and in recognition of your service to the course of humanity and in appropriation of your contribution to the development of Bosomtwe and the honour done the people through your distinguished career,” the citation stated.

Again, it stated that “It is based on this that the chiefs and the people of Bosomtwe have come together to make this presentation to you as our appreciation for your distinguished and dedicated service to Ghana”.

The colourful durbar which lasted about four hours attracted chiefs from the Bosomtwe district and another part of the Ashanti Region, various stakeholders from the education and other facets of the nation’s economy who mostly were clad in Kente clothes and other colourful apparel. 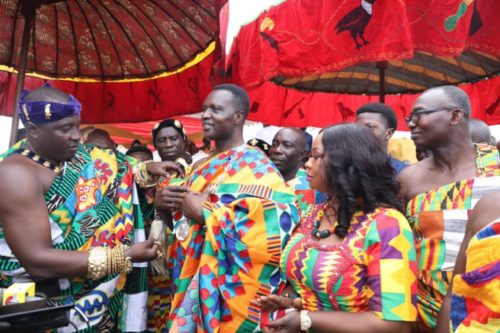 Nana Kwaku Amankwah Sarkodie, the Chief of Sawuah, who was the chairman of the award organizing committee expressed the gratitude of the people to Dr. Adutwum for his love for the people of Bosomtwe and for the support he had been offering the people.

Responding to the award presentation, Dr. Adutwum lauded the Chiefs and people of Bosomtwe for the honour done him for the service he had rendered to them and the nation as a whole.

He assured them of his commitment to continue working very hard for the Constituency and the nation as a whole.

Dr. Adutwum posited that good work attracts reward and called on all and sundry to take a cue from the gesture of the chiefs and people of Bosomtwe. 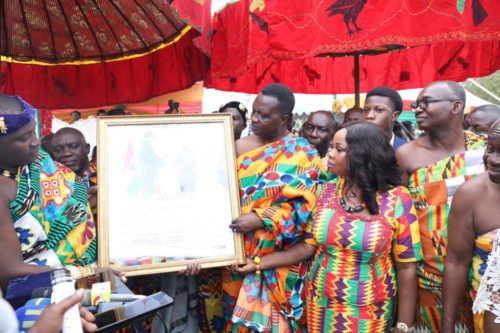 The MP who is also the Minister for Education pledged to construct ‘Bosomtwe Hall of Fame’ to serve as a tourist centre to display pictures of all past and present chiefs from the district, artefacts and other items that represent the history of forefathers and past leaders of Bosomtwe.

He also indicated that he would continue to work very hard to ensure that Bosomtwe also has its name lifted through the development of education as well as reducing poverty through skills development among the people to become economically empowered.

Dr. Adutwum appealed to the people of Bosomtwe to unite and live in peace irrespective of their political, ethnic, religious and other affiliation and focus on what would bring development to the people of the area and the nation as a whole.

Notable among the dignitaries who attended the function were representatives of Lady Julia Osei Tutu, wife of the Asantehene and a representative of the Juabenhene, Nana Otuo Serebuo who is also the Chairman of the Council of State.