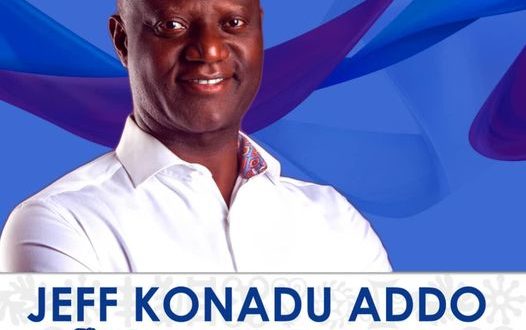 Eastern Regional Chairman hopeful of the New Patriotic Party (NPP), Jeff Konadu Addo  says it will be in the best interest of the party members in the region to elect him ahead of the 2024 general elections.

Mr. Jeff Konadu  believes that his opponent cannot measure up to his wealth of experience.

Speaking  in an interview with odi-Ahenkan Kwame Yeboah the host of  “Asem Yi Di Kan” on Ahenkan FM , Mr. Jeff Konadu said he is optimistic of victory and has urged his supporters to disregard media publications currently gaining traction over his candidacy.

Mr. Konadu said he decided to join the race based on his optimism and desire to serve the party and intend to ‘fight’ to the end.

“The next general election is a crucial one for the party. The history and the records suggest that should we get more than 60percent in the Eastern Region, we can break the 8. I believe I have the capacity to help the party secure that. Why would I step down?” Mr. Konadu, who is also the Eastern Regional Secretary of the party, told this paper.

See also  No Gov’t Under The Fourth Republic Has Constructed More Roads Than NPP – Dr. Bawumia

He indicated that the party’s grassroots in the region have strong conviction in him to lead them to secure all seats that were lost in the 2020 general election and also improve its presidential fortunes.

He indicated that with the confidence the grassroots have in him, he has no reason to fail them.

“I have therefore encouraged the delegates to look for a young, dynamic, energetic, charismatic, affable, humble, God fearing, dedicated, inspiring and an action oriented person to lead the party,” he emphasized. 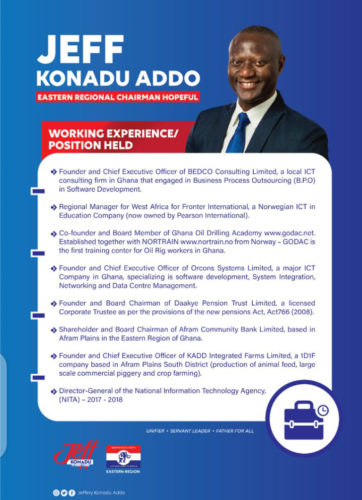 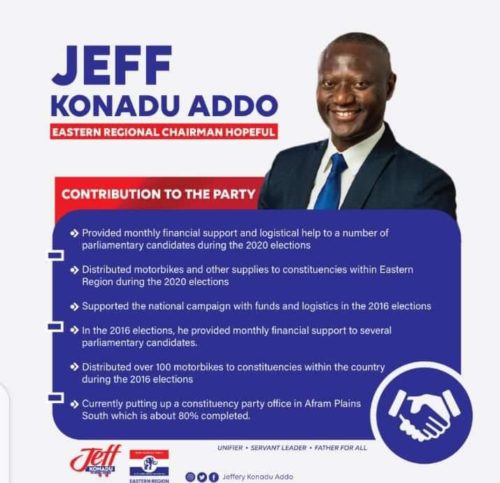 There has been media publication concerning Mr. Konadu’s alleged decision to step down from the race. The agenda, which started on social media and some blogs, found its way into the mainstream media this week.

According to Mr. Konadu, he finds it worrying that none of the media houses that published the story contacted him for his side of the story.

“You have contacted me for my side. I think this is how journalism needs to be done. I am worried about the kind of journalism some of your colleagues are practicing. It is not healthy for democracy,” he said.

“I am particularly worried about some of the media houses that have published the fake news. These are media houses that we have always regarded as credible and big media houses. If these so-called big ones can’t get it right, then where is our journalism heading towards?” he lamented.

He, however, urged his supporters to remain calm and not to be despaired by the news but continue to believe in him, assuring them that he would deliver the chairmanship position for them. “I will win the chairmanship by the grace of God, and we shall work together to break the 8,” he emphasised.

Previous Editorial: The Dying Embers Of Education In Ghana
Next Politicians Interference Affecting Our Work –  Zoomlion Coordinator Opens Up