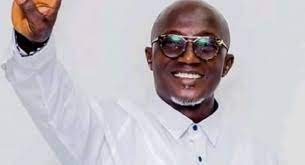 The New Patriotic Party (NPP) Member of Parliament for Atwima Nwabiagya South constituency in the Ashanti Region, Hon. Emmanuel Agyei Anhwere has denied being chased out by his constituents while on a tour in the constituency for allegedly failing to fulfill his campaign promises to them.

Reports stated that, on Tuesday, August 23rd, 2022,  the Member of Parliament for Atwima Nwabiagya South during a working visit to the industrial enclave was greeted with the shock of his life when the angry residents  at Amankyea and Kobeng communities hooted at him, chanting war songs to register their displeasure over what they describe as lack of infrastructural development in the area.

The security of Hon Emmanuel Agyei Anhwere acted quickly and led the MP into his car and run away.

The MP was on a “Talk to Your MP” tour in the constituency on issues affecting them economically.

However angry community members of Kobeng who were said to be disappointed in the performance of the MP, upon seeing him, started abusing him verbally.

The angry residents threw various implements at the MP and hooted at him over the poor road network in the area.

It took his security detail to calm tensions and whisk him away.

Narrating the incident on Abusua FM monitored by TodayGhanaMedia.com , Mr. Adjei Ahwire said he was not hurt but described the development as an unfortunate.

The MP however added that his constituents have every right to protest against the lack of developmental projects in the constituency adding that ongoing projects have been abandoned.

He blamed the situation on COVID-19 and the Russian Ukraine war.

He added that their concerns have been presented to the Minister for Road and Highways.

He has told journalists that reports that he was chased out are false and that his constituents only expressed their right in their displeasure at the nature of roads in the constituency.

According to him, the reports are false and untrue hence they must be treated with the contempt it deserves.

This is the second time a Member of Parliament has been attacked in the Ashanti region, the stronghold of the New Patriotic Party (NPP) over lack of development.