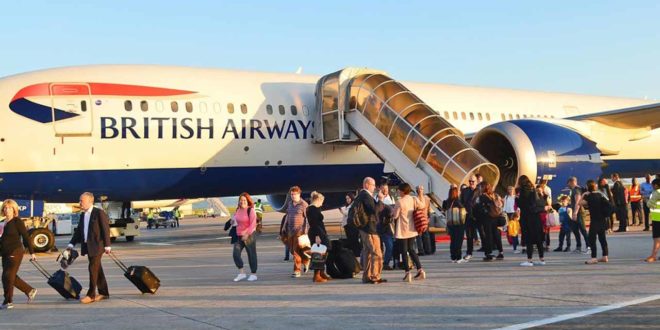 The British Airways will cut roughly 10,000 short-haul flights to and from Heathrow Airport between late October and March.

The move is aimed at minimising disruption over the winter and some long-haul flights will also be affected, the airline said.

BA said it will also cut a dozen round-trips per day – totalling 629 flights – until the end of October.

Heathrow, which is BA’s main hub, has capped passenger numbers flying from the airport due to staff shortages.

Airports and airlines, which cut jobs during the height of Covid restrictions, have found it difficult to recruit enough staff as demand for holidays has returned.

Heathrow has struggled to cope with rising passenger numbers and issues with its baggage handling systems caused long delays in returning luggage.

BA said it was “protecting key holiday destinations over half-term”. Most schools in England are off during the last week of October.

Most cancellations will be on routes which have other daily services to the same destinations, it said in a statement.

Passengers affected by the changes will be offered an alternative flight with BA or another airline or a refund, it added.

BA insisted the impact for customers was “minimal”, with the majority of flights unchanged.

“Customers booked for winter will be able to travel as planned and are being given several months’ notice of any changes,” a statement said.

The airline said it was expecting to operate an average of 290 round-trips per day from London Heathrow over the winter. Its total capacity for the winter schedule will be reduced by 8%.

John Strickland, an aviation consultant, said the amount of flights cut appeared to be a “very negligible amount in the context of what they would plan to operate”.

“At this point they are likely to inconvenience very few people and I wouldn’t expect any noticeable impact on price,” he added.

British Airways is the largest operator at Heathrow, and earlier this month suspended sales of tickets on short-haul flights from the airport for two weeks. This is to avoid exceeding its share of the airport’s 100,000 per day passenger limit.

This cap had been due to end on 11 September but was recently extended until 29 October.

Announcing the extension, Heathrow said that the cap had worked, resulting in fewer last minute cancellations and delays, and better baggage delivery.

BA had already cut more than 30,000 flights over the wider summer period, and had been planning a slow ramp-up towards the winter. But the passenger cap means it cannot run as many as hoped.