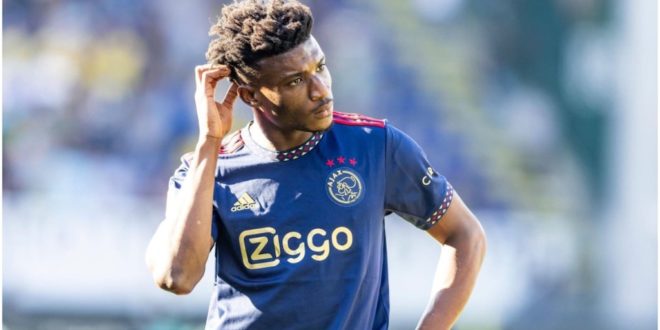 Dutch Professional Football Club, Ajax Amsterdam have no intention of allowing Ghana superstar  Mohammed Kudus to leave the club despite reports linking him with an exit this summer.

Kudus is said to have informed the Dutch giants that he wishes to leave because he feels undervalued by the technical team, and reports surfaced on Friday that the player has agreed to join Everton.

Kudus was expected to sign a loan deal with Everton this weekend, but Ajax will not negotiate an exit for the midfielder.

The highly-rated midfielder, who can play as a forward, was linked with Tottenham earlier in the transfer window.

He has played less than 10 minutes for Ajax this season and recently suggested that he was unhappy at the Dutch giants.

Although Kudus is considered a top talent at Ajax, he has had trouble maintaining a regular spot at Dutch champions mainly due to injuries.

The Ghanaian international started the first two games of this season for Ajax from the bench, with less than 10 minutes of action in total.

Kudus signed with Ajax in the summer of 2020, and he has since played 45 times for the team, scoring six goals with one recorded last season.

The attacker has 16 international appearances under his belt for Black Stars and scored five goals.