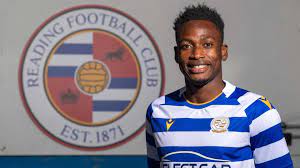 The Championship team are actively pursuing the dependable left-back’s return, and their efforts appear to have gained momentum as a result of the player’s revelation.

Rahman, who has chosen to stay in England and will soon reveal his new club, is also being pursued by West Brom.

Rahman helped Reading avoid relegation while on loan from Chelsea. He made 29 appearances for the Royals and had one assist.

The 28-year-old was well-liked at Reading, and many supporters would like to see him back for the upcoming campaign.

One fan took to Twitter to ask Rahman to return to the club, and the defender responded.

Reading want to bring Rahman back as they believe he can be crucial this season.

Twitter to ask Rahman to return to the club, and the defender responded.

Rahman’s efforts in the Championship also caught West Brom’s attention. They have been in touch with Rahman and are hopeful of getting his services.

He joined Chelsea from Augsburg in 2015 for 20 million pounds but has struggled to impress. He’s spent the last six seasons on loans, representing clubs such as Schalke 04, PAOK and Mallorca.

See also  Enoch Morrison: ‘It Has Always Been My Desire To Play For Asante Kotoko’

Rahman has a contract with former Premier League champions until June 2024.