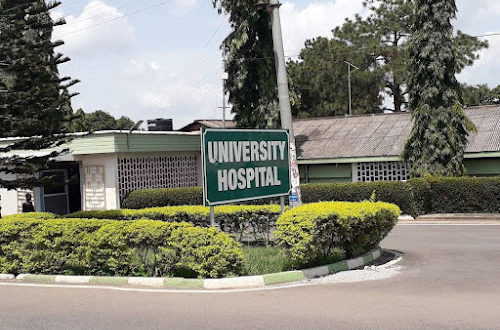 3 Students On Admission At KNUST Hospital After Katanga-Conti Clashes

3 students have been admitted at the KNUST Hospital after residents of the University Hall (Katanga) and Unity Hall (Conti) clashed Thursday night.

The clashes which resulted in vandalism occurred after residents of Katanga, with their affiliates from the University of Cape Coast, Casely-Hayford Hall (Casford) breached a convention after crossing the ‘Peace Junction’ during the Zulu procession of the University Hall.

Following several clashes between the two Halls over the years, a treaty was signed by the two Halls for Katanga –which is located close to the outskirts of the University’s residency – not to cross a route that links the Independence and Republic Halls. That route, if crossed by Katanga, means they’re entering the Conti territory.

According to Akoma FM’s Williams Evans-Nkum, the Katangees and Casfordians crossed the junction Thursday night, leading to the clashes that saw some vehicles parked at the forecourt of the Unity Hall vandalised, and three persons hospitalised.

The Ashanti Regional Coordinating Council issued a statement cautioning the student body not to engage in any form of demonstration.

A joint police and military presence at the campus from last night has restored calm to the campus.

12 students from the KNUST were injured in July 2022 after the vetting of an SRC Presidential aspirant turned chaotic.

The university was closed down for the students to go home after several properties had also been destroyed.

The Police have restored calm on the campus of the Kwame Nkrumah University of Science and Technology following violent clashes between students of the Katanga and Unity Halls of the University.

The Police have restored calm on the campus of the Kwame Nkrumah University of Science and Technology following violent clashes between students of the Katanga and Unity Halls of the University.