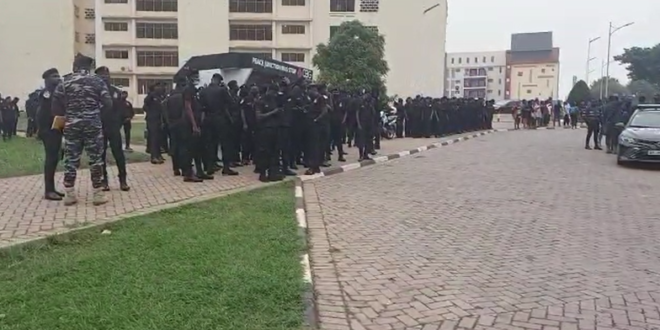 There is a heavy police presence at the Kwame Nkrumah University of Science and Technology (KNUST) following a clash between students of the University Hall ‘Katanga’ and Unity Hall ‘Continental’.

It is believed attempts of students of Unity Hall to restrain colleagues from University Hall from using their frontage in a procession.

This reportedly resulted in the incident, with the two factions pelting stones at each other.

The incident is coming barely two weeks after similar violence at the University of Ghana.

Police who were at the scene were able to restore calm minutes after the pelting of stones between the two Halls.

The report says as part of a Hall week celebration, the University Hall had embarked on what they call a ‘zulu procession’ within the campus.

They had gone through the principal streets of the University.

An attempt to use frontage of the Unity Hall resulted in the two factions attacking each other.

For over a decade, the two Halls reached an agreement never to go beyond the peace Junction when on processions.

Meanwhile, the Ashanti Regional Security Council has issued a release to that effect asking students to desist from lawlessness.

“The REGSEC is informing all students and residents of the university community that, all actions intended by any person or group of persons to disturb the current peaceful security in the university will be addressed with the legal instrument of the state,” the release noted. 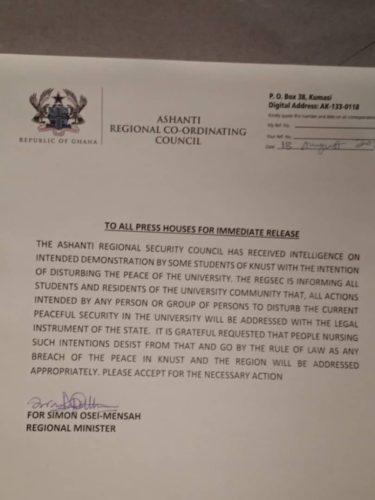