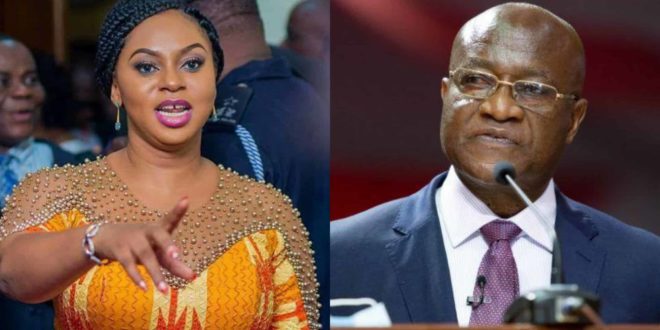 According to him, the constitution is made in way that, decisions by Parliament’s Privileges Committee is final and for that reason, Adwoa Safo’s seat is declared vacant as the committee stated in their report.

He added that, the minority has been against the effects of the committee’s declaration on the parliamentary seat per law.

He also said that, due to the explanations he gave in parliament, the speaker of Parliament, Rt. Hon. Alban Kingsford Sumana Bagbin asked to probe further into the constitution for final action.

Hon. Kyei Mensah Bonsu also questioned that, he does not see the credibility of the recent comments made by Hon. Adwoa Sarfo that she is now going to work hard in her constituency for the New Patriotic Party (NPP) to break the 8.

He stressed that, he does not want to jump to conclusion on the case which is still pending before parliament.