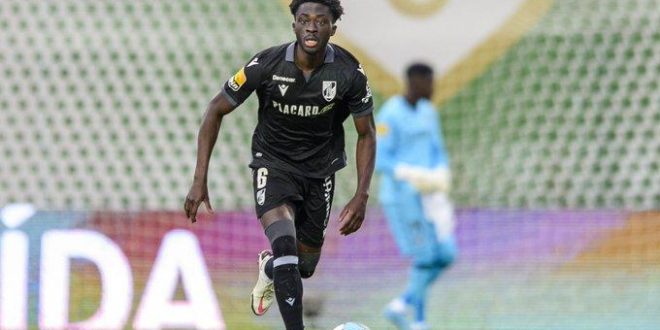 The Turkish giants are eager to sign the Ghana international before the transfer window closes, but they are up against Bournemouth.

The 24-year-old is reported to have been close to joining Angers in France, but interest from other clubs has put the move on hold, with the former Nordsjaelland player weighing his options.

Mumin had previously been linked with Spanish side Rayo Vallecano.

Abdul Mumin spent the last two seasons in Portugal, where he has been a regular member of Guimaraes’ first team.

The defender’s performances in the Primeira Liga earned his first Black Stars invite in 2021 and was a member of the team at the Africa Cup of Nations in Cameroon early this year.

Mumin is eyeing a place in Otto Addo’s team for the 2022 FIFA World Cup in Qatar.

See also  Enoch Morrison: ‘It Has Always Been My Desire To Play For Asante Kotoko’

Previous Asamoah Gyan Reacts On A Possible Return To Black Stars Set-Up
Next “I’ll Give My All To Whoever Becomes Our Flag-bearer” – Staunch Bawumiah Campaigner, Alhaji Ali Suraj.