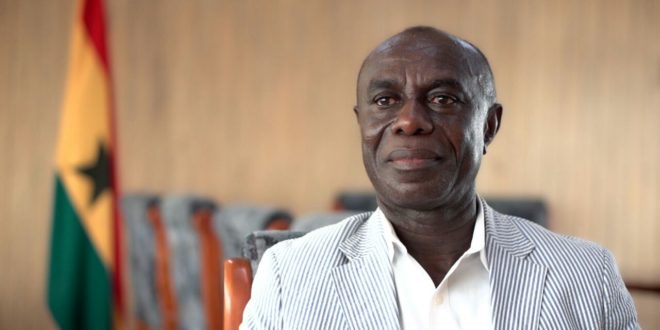 Multiple reports from various news outlets have has also confirmed that he died on Sunday, August 13, 2022.

SAD NEWS FOR NDC!
ANOTHER HERO IS GONE!
The death is reported of one of the NDC stalwarts and senior member, Hon. Samuel Nuamah Donkor a few hours ago. Hon. Nuamah was a Cadre, Ashanti Regional Minister, Health Minister & lately under @JDMahama administration, the CEO of STC pic.twitter.com/W4Y8Z4hBp7

However, the cause of his death is currently not known but close relations have been paying glowing tributes of him on social media.

Samuel Nuamah Donkor was born on September 5, 1958 to Opanin Kwabena Agyekum, Gyaasehene of Asokore-Koforidua in the Eastern Region of Ghana and Madam Abena Akyaamah also from Asokore- Koforidua.

He is a Politician and a Social Worker who worked under the leadership of President Jerry John Rawlings.

Samuel Nuamah Donkor was appointed Ashanti Regional Minister and Health Minister all under the leadership of Jerry John Rawlings.

In 1999, Samuel Nuamah Donkor was appointed the Ashanti Regional Minister position. He held onto this position until January 2001 when the National Democratic Congress handed over government to the opposition party, the New Patriotic Party.

He was the first Member of Parliament for New Juaben North in the fourth Republic and represented the people on the ticket of the National Convention Party.

He schooled in Pope John Senior High School and Minor Seminary for his GCE O level. Having completed his O level studies in 1978, he continued his studies at Koforidua Secondary Technical for his GCE Advanced level certificate in physics, chemistry and biology.

He attended Escuela National De Cuadros, Management Development and Productivity Institute where he obtained his Diploma and Certificate in Social Science and Management Studies respectively. He worked as a social worker before going into parliament.
Samuel Nuamah Donkor Wife

There is not much information about his private life but we will keep you updated when we get information on his wife.
Samuel Nuamah Donkor Children

Information on his children is non-existent. We continue to monitor closely and will update you when we get information on them.
Cause of Death of Samuel Nuamah Donkor